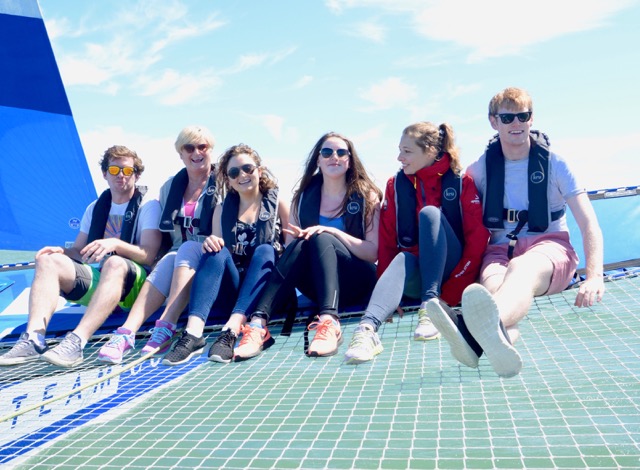 The Sandy Lane Charitable Trust raises millions of dollars each year to help support needy children in Barbados. It does a fabulous job. This year Comedian Russ Abbot was at his disarming best as he set about extracting as much as money as possible from the great and good assembled at Sandy Lane Golf Club for the Annual Charity Ball.

Team Concise was pleased to offer a days outing on their MOD 70, Concise 10, to the highest bidder. All monies raised going to the Trust. When we came up Russ cajoled the crowd, telling them:- “ it’s  the chance of a lifetime – the boat is truly awesome – fun and frightening in equal amounts. If you are too old to sail yourself, buy it for your children, or better still your worst enemy”.

With an opening bid of USD $10,000 the amount soon wracked up to epic proportions before being knocked down to the ever generous Gerry McManus for USD 40,000.

Last Saturday saw the  McManus family collect their “prize” with Mark, Cormac, Kaitlin, Michelle and friends joining Team Concise at their Hamble base for a day out on the Solent.
As it was Michelle’s birthday there was reason for a double celebration. From the off Mark and Cormac “manned up” and got to grips with the grinders. The guys were amazing, sticking with it for over three hours and all the time the “craic” flowed non stop. Later they were joined by Kaitlin who was obviously keen not to be outdone by her “big brothers”.

One highlight of the trip was spotting Mike Slade’s 100 foot race boat  “Leopard”. Concise’s Skipper Ned Wakefield was soon in pursuit and it was all hands to the winches as they hunted down the “beast”, before sailing round her and leaving the monohull in Concise 10’s wake. Job done!

Back at base it was time to celebrate both a birthday (we never drink alcohol on board) and a great day out on the Solent. Skipper Ned was soon breaching bottles of Champagne, while Team Concise CEO Tony Lawson manned the barbecue. Sixteen oz tee-bone steaks, fresh produce from the Longdene estate and Anna’s amazing deserts. 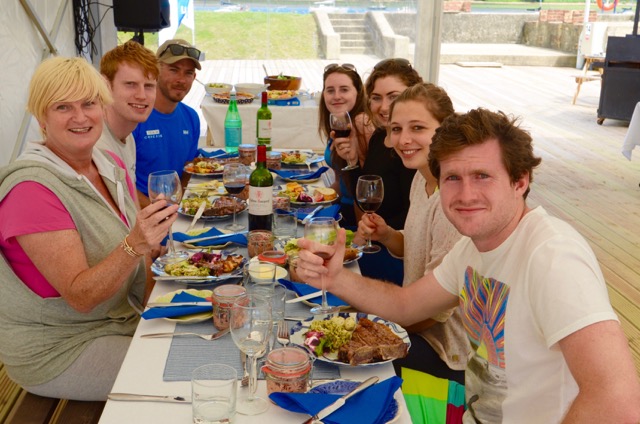 What more could you ask for.  A “Grand Day” and “40 Grand” for the those needy kids in Barbados. Bravo Gerry and family for being so generous and such good sports.