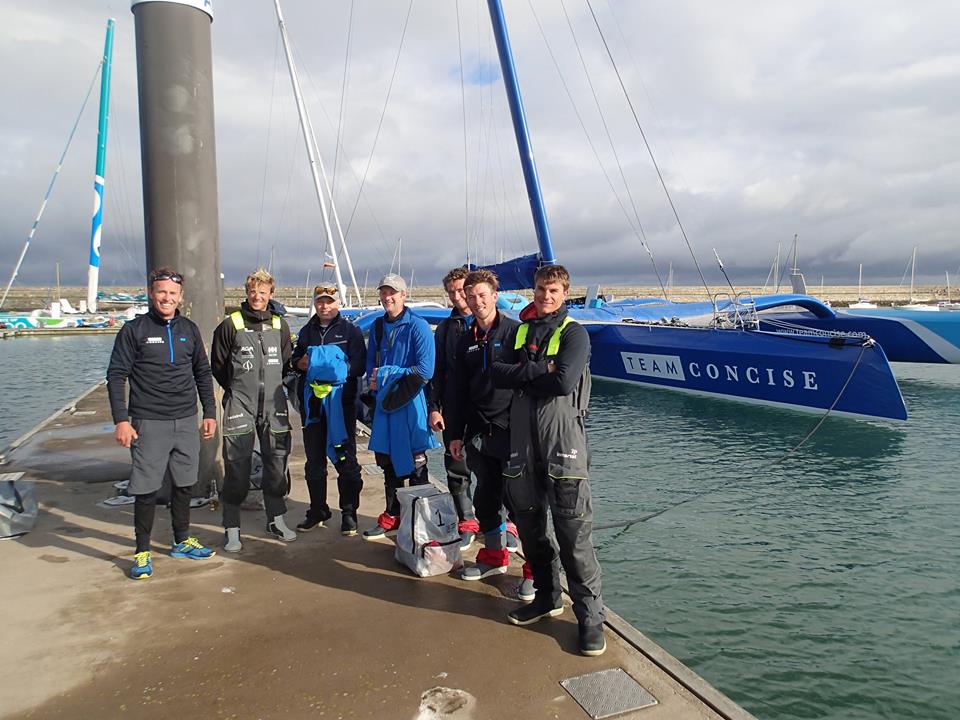 Incredible race that had it all. Gutted to have missed this one in the last minutes but sometimes in sailing, well… you get that. There were some real hairy moments out there. There was lots of fog and rain. 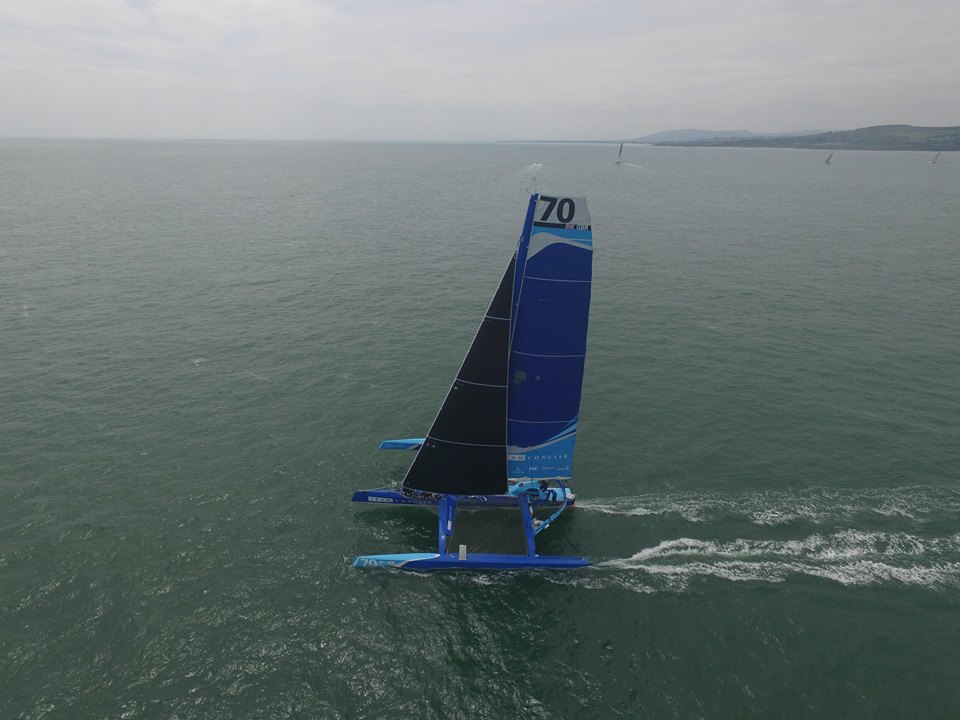 We rounded right underneath the Fastnet Rock with the beam from the lighthouse eerily sweeping across the top of the rig… but we couldn’t see anything else. The full rig VMG downwind run down the back was fast and furious. We were neck and neck with Phaedo in what has been historically their strongest angle. We had trained to turn our weakness at this angle into a strength and it was great to see us close them down in both depth and speed. We began slowly pulling out on them again. Nothing slow about the speeds though. We both had issues with rudders kicking up and hitting lobster pots. The rain was relentless. Johnny nailed the layline for the gybe into the top of Ireland and we came in hard hitting big numbers. Nothing was held back. We were extending, we knew the record time was getting hammered and we were hungry to nail this one. Top speed on the blue bus I saw was 41.6 knots over the top… Johnny down below reckons he saw much higher. 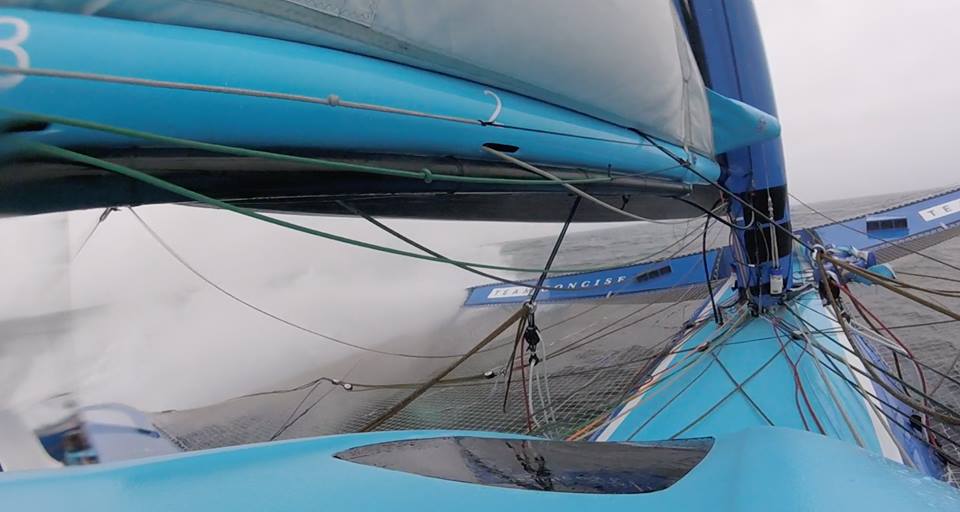 The 80 mile blast over the top was done in under 3 hours. It was a wild reach. The boat was just alive. Rumbling and shaking with the helm kicking and jerking as the boat rode hard on its lifting foil. Standing up unsupported was impossible. We had a lead of 8 miles over Phaedo and 11 miles over Oman. Sounds like alot but at 30 plus knots it’s still only 15 minutes. We never felt secure. Once over the top we were looking at a long beat back to the finish. This should work well for us. The weather proved very difficult and the fleet quickly compressed in the narrows between Ireland and Scotland. As we fought through some fickle, shifting squalls, before we knew it, both Oman and Phaedo were back upon us. It was effectively a race re-start. Each boat could sense their opportunities. There were some real wild moments pushing through squalls over canvassed. It was pretty marginal control wise. We were pushing on with all the sails backwinded and half eased just riding through squalls at 28 knots hoping like hell it wouldn’t get any stronger. Phaedo so nearly pitch poled in sight of us all. All three bows buried to the beam and the mast looking near horizontal out front. She popped up, rolled and teetered and pushed on. Each boat stuck it’s nose out in front. Each time we fought back the lead. 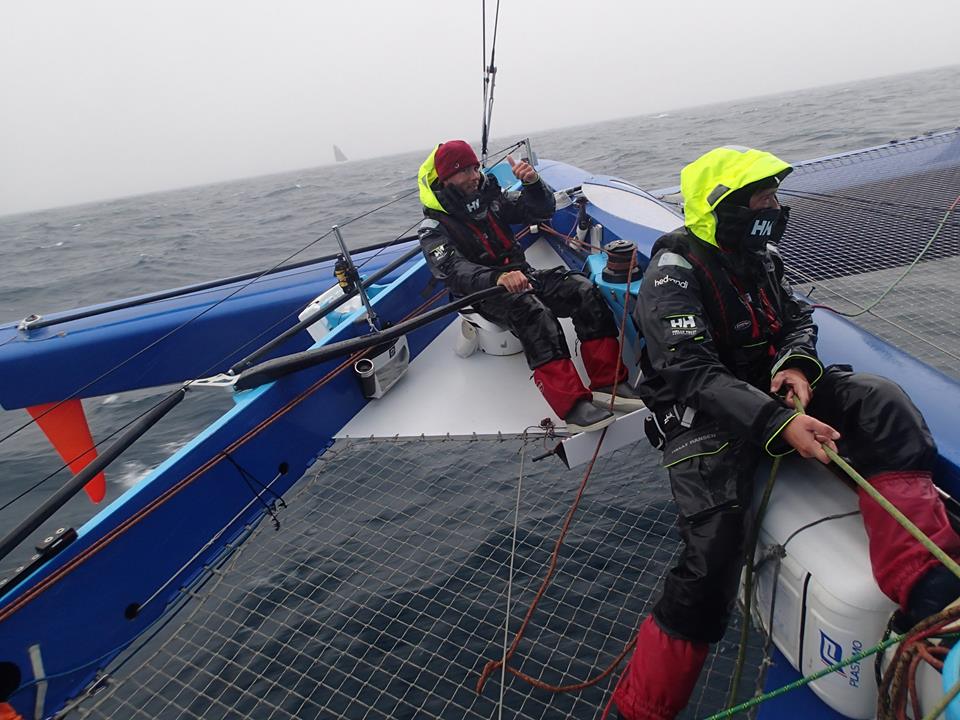 With only a handful of pre-dawn miles to go we rolled over Phaedo (complete with her non-MOD Code zero much to our amusement) and thought we had it. Little did we know what the wind gods would deal out in the last few miles. Whilst Phaedo and Team Concise covered each other, Oman came out of nowhere and stole down the shore at pace to took the lead. We tried to go after them and separated from Phaedo. In the super flukey conditions we got stuck in the middle and in the end lost to both. Never give up! Nice work Oman. Great racing and a good reason to keep these boats close/similar in the spirit they were designed. 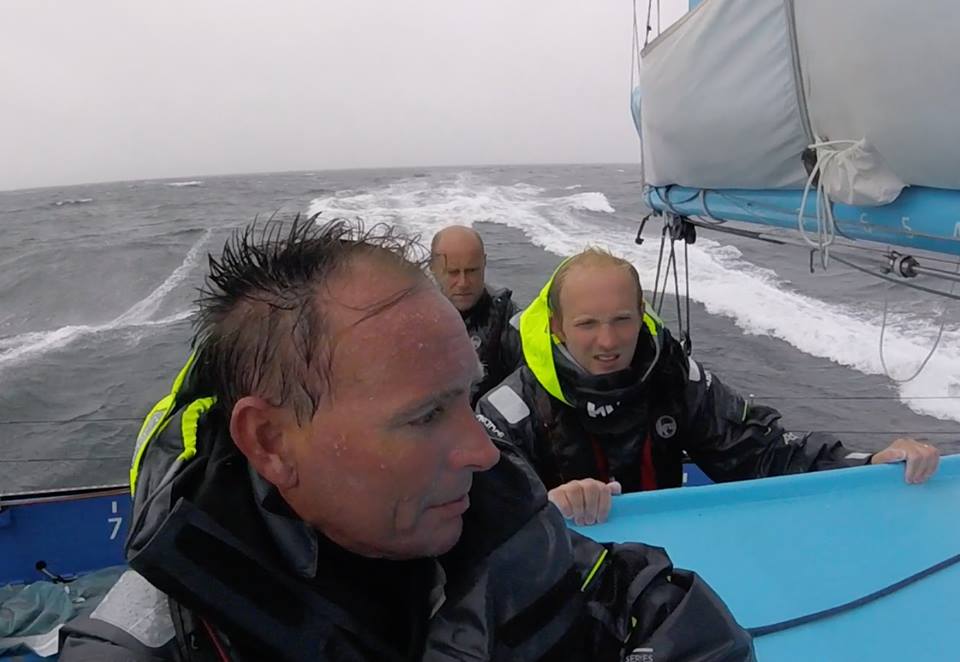 Yeah… one of the best races any of us had ever done. Multihull madness/heaven. Team Concise sailed a race we can all be very proud of. Obviously the final result was a bitter pill to swallow but we were all very happy with how we as a team had performed. We felt strong. We’ve come a long way in a year. So many highlights to take away.