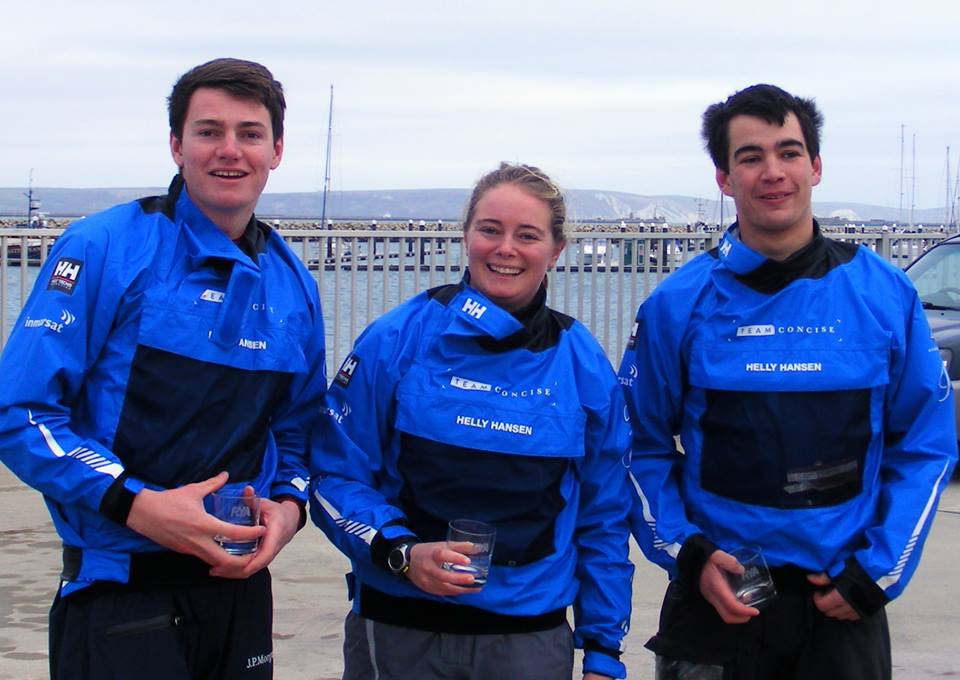 Annabel Vose, a member of the women’s offshore Concise 2 squad raced this weekend with her Under 21 match racing team, taking the win at winter match race 1. The team are training for the 2015 Governor’s Cup, a prestigious youth match racing regatta in Newport Beach, California. Kitted out in their new Helly Hansen gear they raced in Weymouth on the 2012 Olympic keelboats. The team was lying 4th after the round robin, with a kite in two pieces and the loss of the damage deposit. However Sunday saw stronger winds and the team found their groove. After some closely fought races in both the semi and finals, Annabel Vose/Team Concise took the win at the first winter match racing weekend.