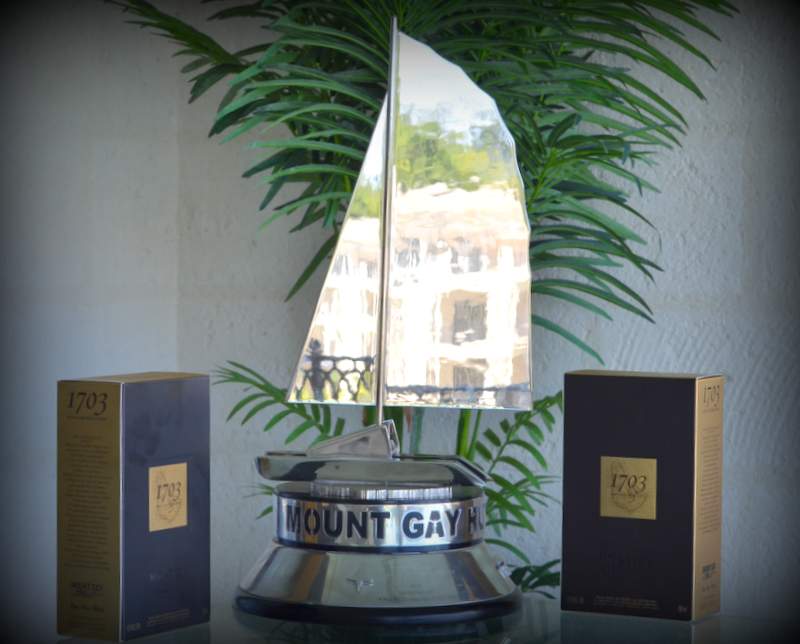 I certainly wasn’t blessed with lots of energy!Give Ned, Concise 10’s Skipper, a bowl of pasta and a glass of wine for lunch and it’s reason for a 50-mile bike ride. I’m more likely to have a siesta. I was told it was because I am hypoglycemic. I don’t know about that, but when I was younger I know I had extremely low blood pressure. I was quick to pass out. In my 30’s had to go to hospital for an insurance medical. The place was private, run by Nuns.  I can still remember the smell of carbolic soap, everything wax polished and of course the “Stations of the Cross”.The Sisters’ might have had a “saintly air” as they went about their ministrations, but you couldn’t say that about Doctor O’Shaunessy.  He looked like an alcoholic and had the distinct air of another “spirit” about him. This was probably his “last chance hospital” and I was to be his nemesis. He was pleasant enough mind you. He asked me a few questions. Weighed me. Just so you know, I was 78 kg back then. Certainly not “obese” as another Doctor rather unkindly classified me recently – and I had only gone to see him about an “ear ache”. Anyhow, Dr. O’Shaunessy tried to take my pulse.  He leant forward, took my wrist, put his fingers on my veins and waited. He changed his hold. Tried again. Went to the other wrist. He was clearly struggling to find anything. Any sign at all that I was actually alive.  And I was sorely testing his already alcohol befuddled senses. He got up, went to the wall cabinet and with his back to me took a swig of “mouth freshener” as he called it.   Returning to his chair opposite he looked in me the eye and said in his soft Irish brogue, “D’you know? Oi’ve often wondered how it is, that Jesus, born in the Holy Land into the tribe of Judah, a Jew, had blue eyes and long blond hair.” That said he crashed forward on the desk, totally unconscious. I went into the hall and stopped the first Sister I saw telling her, “The good Doctor has taken a turn”. She bustled into his office trying hard to look nonplussed and set about gently siting him up while calling for the porter and more help.  Obviously by now a well rehearsed ritual. While this was going on I was walked down the corridor “comforted” by the Matron. “Don’t be worrying about the Doctor”, she told me. “He’s been under a terrible, terrible lot of stress recently. He keeps thinking he’s witness to the Second Coming. All the time, all the time that is. Ah, he’s such a good religious man”. When we reached the entrance  (I never did finish the check up), Matron turned, looked me up and down and said,  “My, haven’t you got the bluest of eyes.  But please, and I mean this kindly, that long hair your having? Get it cut.  It doesn’t do you any good at all, at all. God Bless you!” Mind you, I wasn’t short of energy when it came to celebrating our recent win in the Mount Gay Rum Round Barbados Race. The team had trained hard for a month and were under a huge amount of local pressure to go out and beat our much more fancied sister ship Phaedo. No small task. 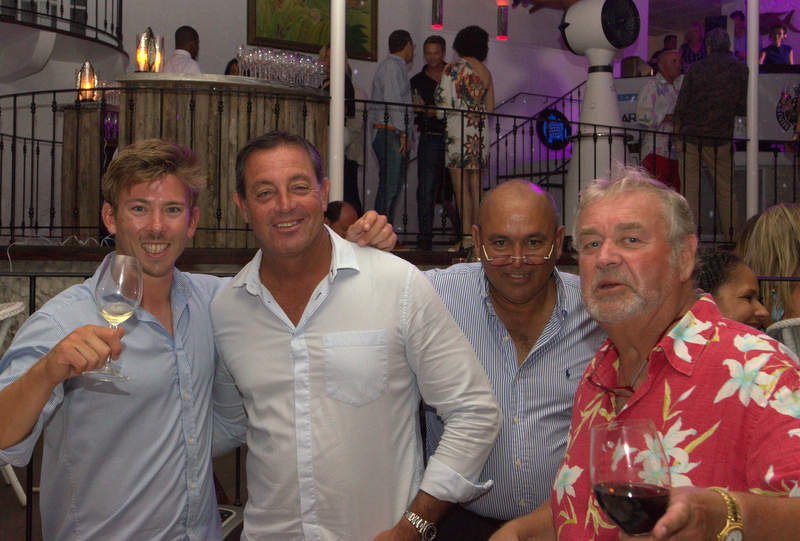 None of the crew slept easily the night before the race. Ned our Skipper told me later he sat up in bed rehearsing starts over and over in his mind. It’s clear now that knowingly or not I had really wound up the crew with what was for me a rare pre race “talk”. They were ready to take on the best. The rest as they say is history. We sailed the 67 mile round island course in a record 2hrs 37 minutes, averaging 28knots – smashing the record by two hours. Concise 10 /Ms. Barbados beat Phaedo over the line by a nail biting 12 seconds. We carried off the main trophy and a prize of the Skippers weight, (9 cases), in Mount Gay XO rum.    Party On! 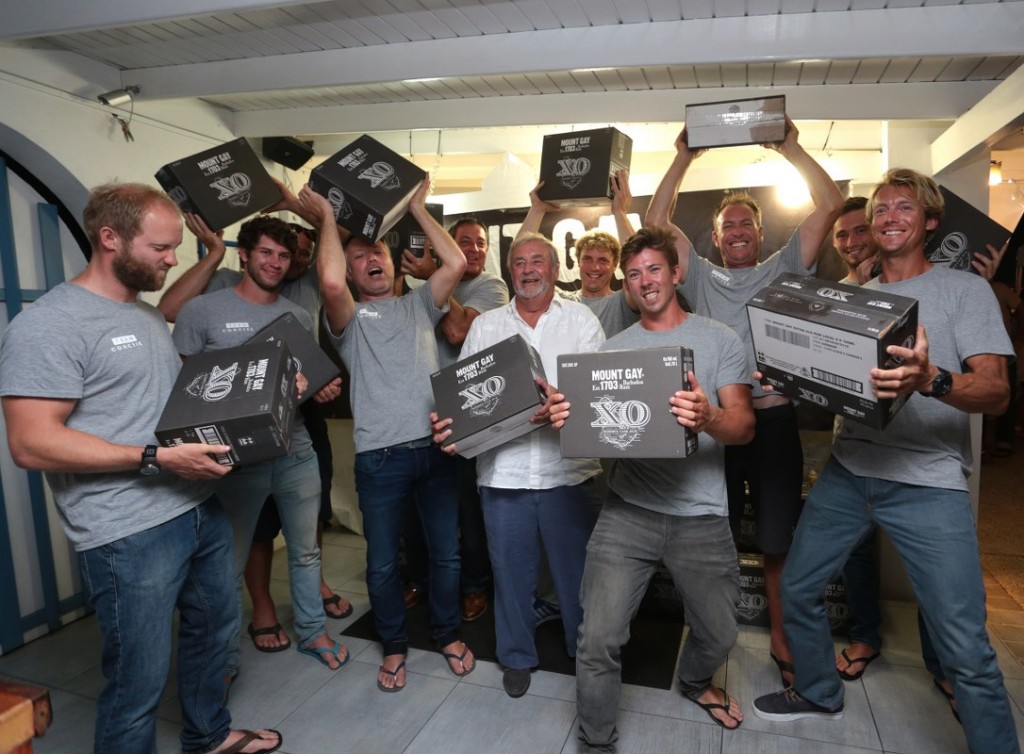 I have this saying, “Barbados has it all!”  I mean sailing, fishing, golf, polo, horse racing, motor racing you name it. Well it has plenty of places to party as well and, “we did them all”.  And don’t forget, we are a race team with a few extras. Being partnered by the iconic Ministry of Sound we often travel with our own D.J.  Virgin Atlantic obliged by flying out our favourite MoS DJ, Jack Francis. So we had our own, “man in the box”, playing our own mixes wherever we went. Talk about  “Flash”. 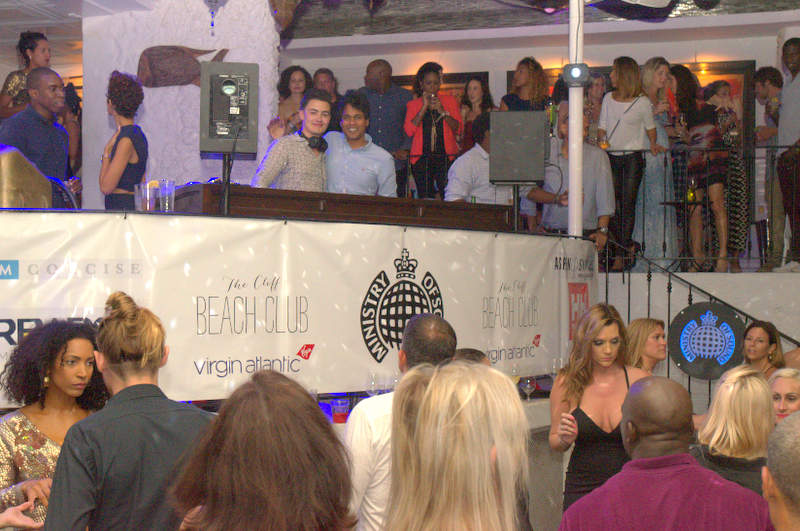 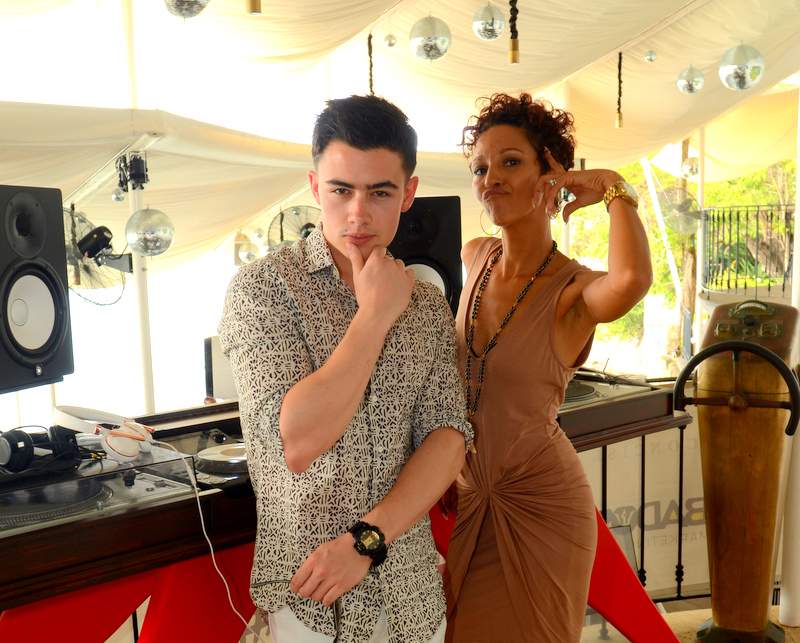 After the race finish we sailed straight back to out base at the luxury Port Ferdinand Marina. The now traditional dip in the pool “to get he salt off”, was followed by champagne all round at our “private island” bar.  Over the next three days with Jack in tow, we did:- The Apes Hill Polo Club assado, partied at The Beach Club at the Cliff,  St Lawrence Gap, Harbour Lights (I hadn’t been there since they chucked me out 30 years earlier) Oistins and much more. 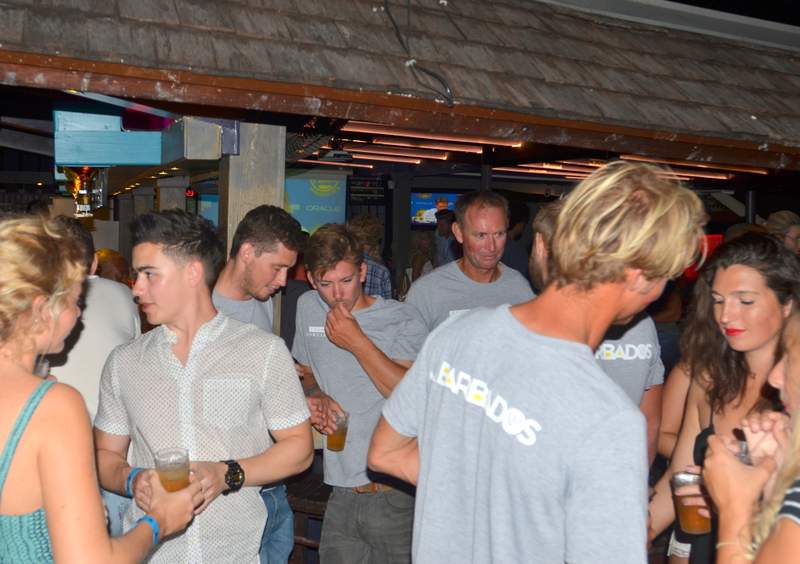 To be honest, I was relieved to get onboard my Virgin flight to London before carrying on to Waiheke, New Zealand, where I am writing this now. And as usual with me I’m still lacking any Umph! Off course the Merry Go Round never stops.On the 21st of February we will be racing in the RORC Caribbean 600 out of Antigua. This is the first time we will have competed in a multihull. We won our division both times we raced in our Class 40 monohulls, Concise and Concise 2.  No pressure boys! Tony LawsonCEO Team ConciseOmaru Bay, Waiheke. NZ PS there are some great videos of the Mount Gay Round Barbados Race on the Team Concise web site.Go to teamconcise.com then Gallery, then Videos or go to Team Concise on Facebook.T