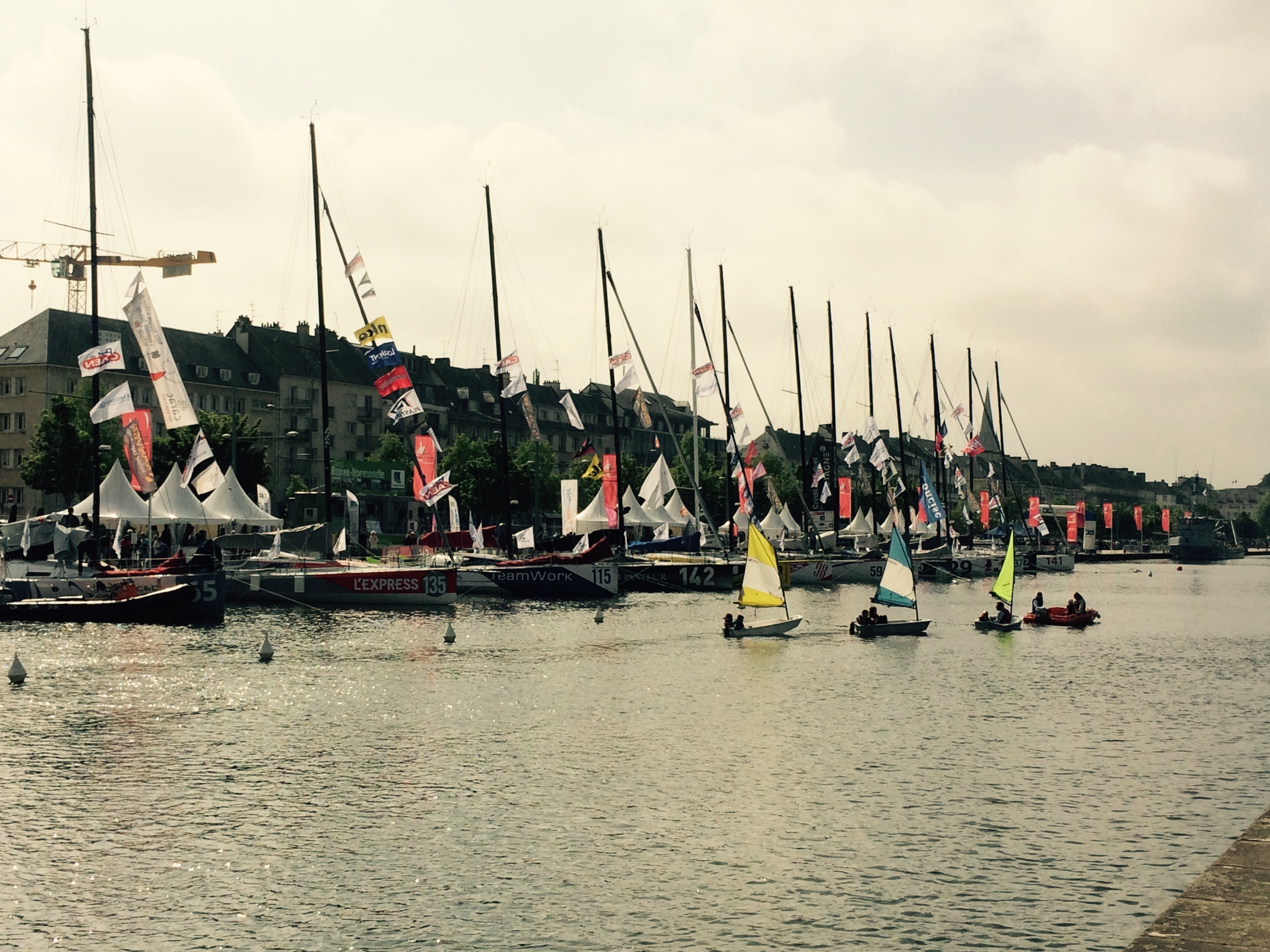 You could say that the last few weeks have seen Team Concise go from the ridiculous to the sublime? Having had no reliable boat for the best part of 18 months, we now have two ready to rock and roll.

Next weeks Normandy Channel Race will see Ned Wakefield take the helm of Concise 8 for possibly the last time, (more of that later) – whilst Phillippa Hutton Squires takes over Concise 2, heading up our women’s boat.

Phillippa is the only woman to have circumnavigated the World in a Class 40, while her co-driver Annabelle Boundinot, although new to Concise, has masses of sailing experience in other boats. Additionally being a qualified engineer/designer, Annabelle is certainly more capable than most  when it comes to “putting things back together”.

With Ned’s regular sailing partners elsewhere, he is putting to sea with the hugely experienced Wouter Verbraak, Ned’s sometime weather coach for the last two years.

Racing boats more than most sports can turn out to be a crap shoot. Miss a tidal-gate and you are buried. Blow a spinnaker early on and you can kiss your podium dreams goodbye.

But we have a lot of people following our team and they all want to know who the “runners and riders” are.

There are eighteen boats in this years 1000 mile race. It’s the same highly technical course. Starting in Caen (France), across the Channel, through the Solent, (sand banks) round Lands End up to Ireland, back to the Channel Islands (for some rock hopping), before racing along the French coast, (more rocks) to the starting point. Tidal gates, rocks, wrecks – you name it. Miss one or hit the other and you are done. The winners need boat speed, navigational skills, stamina, and yes – a bit of luck always helps.

Ned and Sam Goodchild won the race in 2012 by just 3 minutes. And that after being neck and neck with the second boat for hundreds of miles. It’s always close in our fleet. Blink and your chance has gone.

This time it’s going to be even harder to get a result. Class 40’s have become the default boat for a plethora of professional French racing skippers – and they are good – very good. Not only that, over the last couple of years, some new boat designs have emerged. While Concise 8 remained  “broken”,  these new models have been worked on and perfected.

Front runners like Yannick Bestaven (No 142),  a past  TJV winner, who is driving a new Verdier boat has to be in with a shout? Mind you he’s not one of my favourites. He crashed into Phillippa at the start of the last Route de Rhum and took her mast out. He went on to finish. How unfair is that? Bertrand Delense (No 115) is a very successful mini sailor with a good boat and a good chance. Thibault Vauchel (No 137) has the latest Mach 40 . No doubt he will be in the mix?

I keep using the hull numbers because our Class registers every new boat sequentially.The bigger the number the more recent the boat. You can see these guys all have newer boats than us. Add to that they are pros, and have hundreds more days sailing under their belts than our amateur team could ever hope for, and it is a battle all right.

On it’s first serious outing after two years it would be fantastic if Concise 8 got somewhere near the podium.  We have generally managed that in past events.

The women have an even bigger challenge. Concise 2 is five years old now. Phillippa and Annabelle have had just a few days training together so it’s going to be hard. Having said that, Phillippa has great knowledge of the Solent area (sand banks), and Annabelle the North coast of France (rocks, more rocks), so together, navigationally they should do better than most. Their problem will be keeping up  with the pack and not getting out of tidal and or weather sync. To add to their burden, Class 40’s are very physical boats. Under winched and over canvassed. It makes them a bit of a handful for women racers.

So, what are we hoping for? Well, it’s their first race together so just to finish the 1000 mile event  would be great. Then to beat some of the older slower boats would be nice too. Somewhere near the middle would be a real achievement!

Now Ned and Phillippa will say they are only interested in winning the race. Full-stop! To quote the  French novelist Anais Nin, (it is a French race after all), both of them  “see the world not as it is, but as they are”‘. In other words they are racers . Winning is in there DNA. Nothing else counts. But believe me, this belies the fact that just to take part in one of these races is an achievement. To win is the bonus. And, we’ll take it if it’s on offer. If anyone leaves the door open.