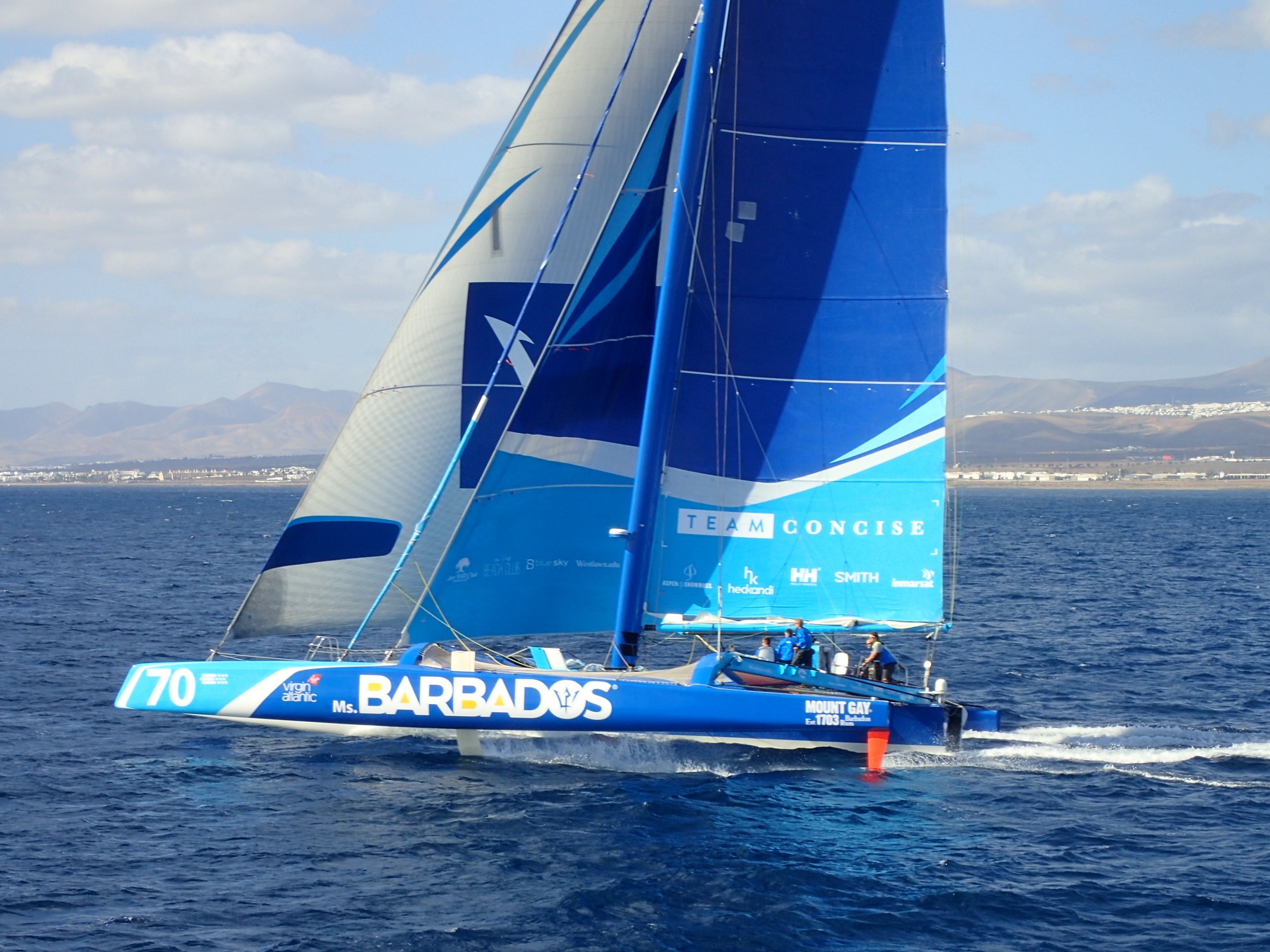 At 12.10 on Saturday 28th November Team Concise’s MOD 70, flew across the line, bang on time, for the start of the Royal Ocean Racing Club’s 2015 Transatlantic Race which runs from Arrecife (Lanzarote) to Grenada, (West Indies), some 2800 miles of open ocean.

Newly christened Ms. Barbados as part of a winter long campaign to promote Barbados tourism and particularly sailing opportunities’ there, she “picked up her skirts”, and reached across the line at some 25knts.

Just 30 minutes after the start “Ms. Barbados” and her sister ship Phaedo had already overhauled the monohull fleet and had rounded the waypoint off Calero Marina heading for Gran Canaria which they have to leave on their port side before setting course for Grenada.

Meanwhile, the Race Committee had the spectacular sight of the 100 ft. Nomad IV and the 90 ft. Windfall hammering down on the marker buoy under full sail with the Class 40 boat Tales amazingly snapping at their heels like a rabid terrier. All of the fleet was reveling in the great sailing conditions. 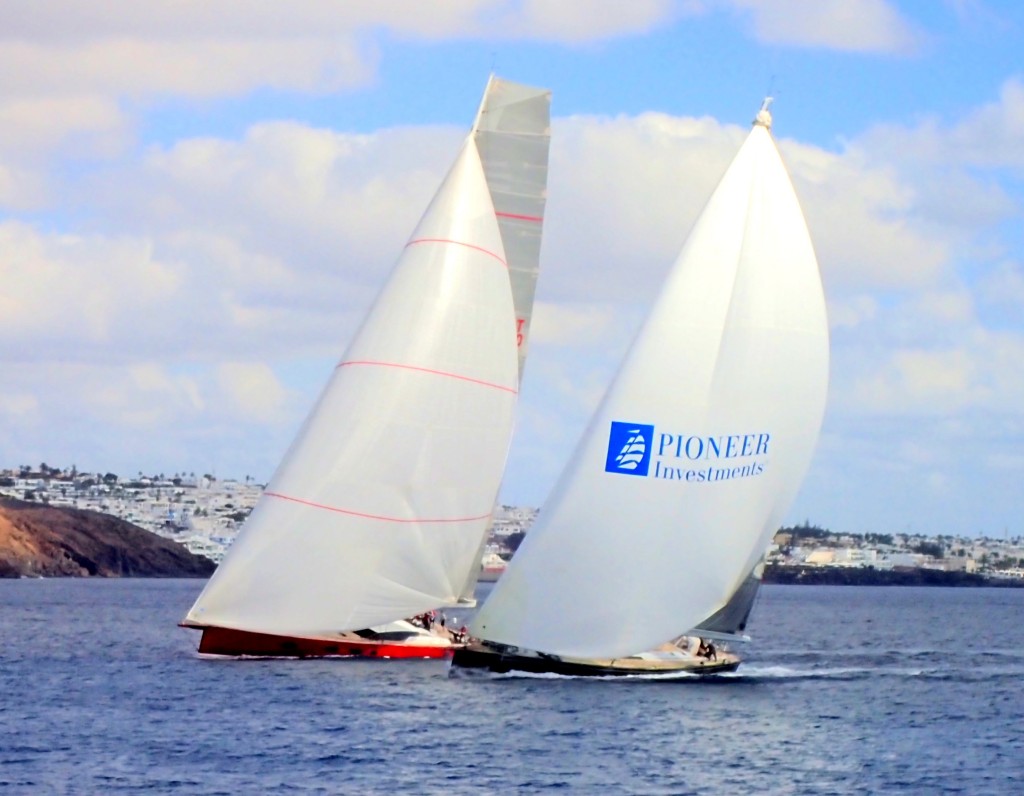 Then of course, after the build up, the tension, all the excitement of the start, the boats’ are gone and only you are left. Left anxious for the crew and the boat – left with many questions. What’s the weather going to do? Have they got enough fuel, food, water? And the most often asked question of all – Can They Win?

We should certainly be days ahead of the monohulls, but we are up against some stiff competition from our sistership Phaedo. Crossing the line just behind us she revealed her secret weapon for the first time, her black “3DI raw” sails. The newest evoltion of the sailmaker’s “black art”.Team Concise has kept her sails within the Multihull One Design (MOD) rules whereas Phaedo has stepped outside the box.  From tracking, it’s clear that these lighter flatter sails give her a speed advantage. We are going to have to work on that. And then of course there is the fact that the Phaedo crew has been racing together for a whole year longer than us and has the hugely experienced Brian Thompson as skipper.  To put that into perspective, Brian, according to RORC Press Officer Louay Habib, has over 300,000 multihull sea miles under his belt compared with our Ned Collier Wakefield’s 2,000. Yes we can win! We have actually beaten Phaedo already, but we are certainly the underdogs at the moment.

Of course winning is important but it isn’t everything. Team Concise was set up to get young people into offshore racing and we are certainly doing well there. Over the last ten years our teams have won World Championships and  set many new records. Meanwhile, our alumni have gone on to race in such iconic events as the Transat Jacques Vabre and the Volvo Ocean Race. For us, everyone of these successful sailors’ is a victory – our wins.