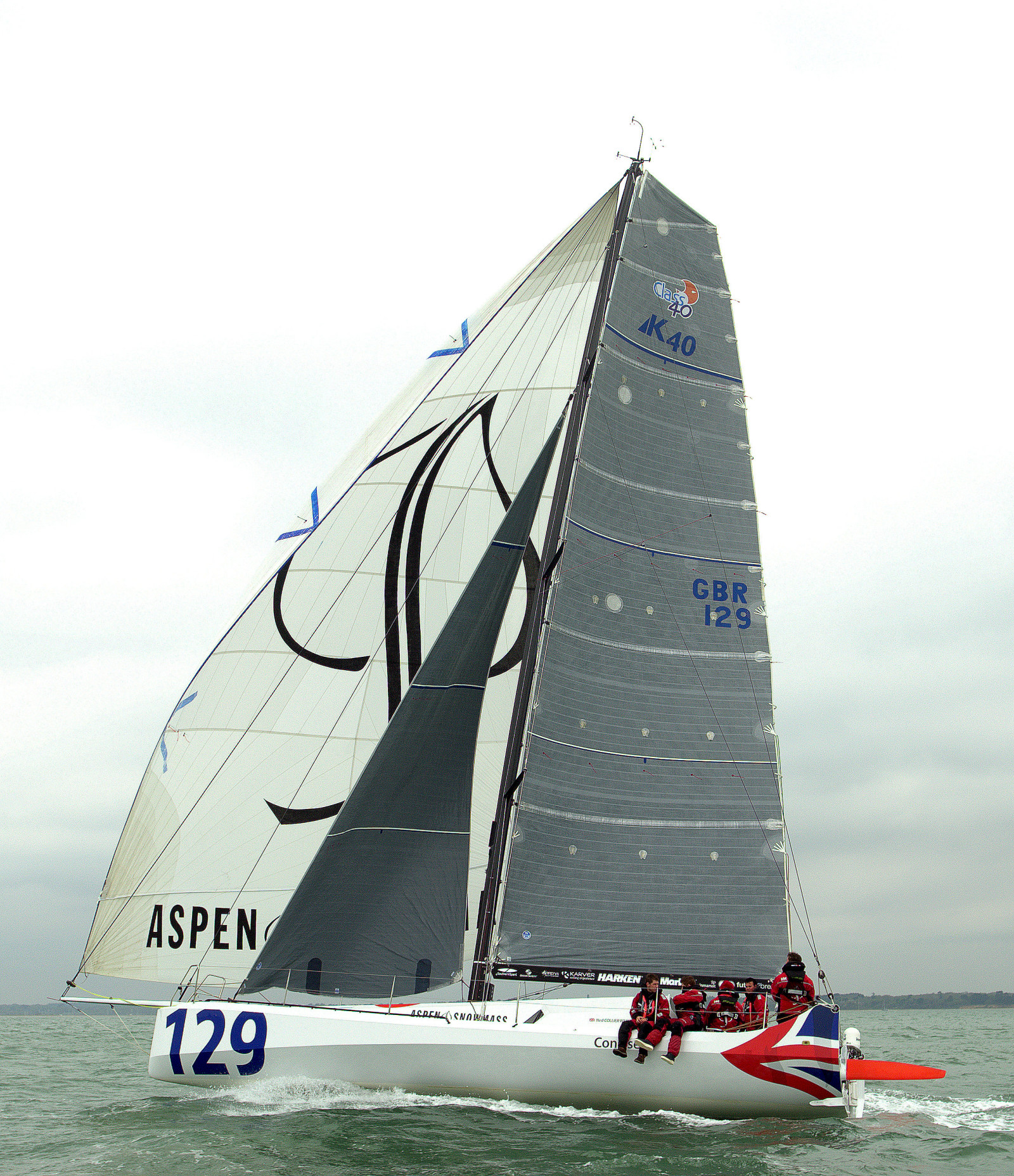 With longstanding skipper, Ned Collier-Wakefield, about to move to Team Concise’s new boat later this year, preparations are well underway to pass the baton onto Team Concise’s next generation of young sailors. For the “Rookies’” first outing, new skipper/navigator Jack Trigger (21) put together the youngest squad in the fleet, consisting of Pete Knight (26), James Dodd (20), and Ollie Mellor (20) under the watchful eye of Ned. Saturday morning saw the team raring to go with the predicted 20+ knot south easterly generating more adrenaline than “first day nerves”.

The course was set by the Royal Ocean Racing Club on Friday evening with a 10.30 am Saturday morning start. Totalling 135 nautical miles, the race kicked off by taking the fleet West out of the Solent, around a turning mark off St Albans ledge (on the South coast of the UK), before crossing the Channel and heading east to the finish in Le Havre.

Successfully negotiating the Solent, comfortably hitting 16/17 knots under the A3 and with conditions well suited to the boat, Concise 8 opened up a lead before The Needles. When the boys turned the waypoint just the Open 60’s and the all carbon GP42 ‘Tokoloshe’ were ahead of them.

An option to take an early tack and head east before crossing the channel (in order to gain leverage with the apparent lift that would come on port when the tide turned), was discarded in preference of hitting south and staying with the leaders.

Later, on the wind with a full mainsail and Solent proved the hardest part of the race. Breeze between 14 and 18 knots and a wholely uncomfortable sea state meant a heavy focus was needed to stay on top of changes and keep the boat moving fast. The team settled in nicely and after closing in on the Normandy coast proceeded to short tack up the Cotentin Peninsula and past Cherbourg, staying with the now easterly flowing tide.

However, having had hours of more favourable tide crossing the channel, the chasing pack had picked up miles on the leaders and the fleet compressed. Thanks in part to the latter and some very good sailing and hard chasing Class 40 ‘Forty Shades of Grey’ managed to slip in front, crossing Concise 8 by merely boat lengths.

It was “game on” all over again. Following a few well executed manoeuvres skirting the ‘Pointe de Barfleur’. Concise 8 regained the lead and extended it nicely all the way to Le Havre, finally finishing 23 minutes ahead of the Class 40 fleet.

The 18 hours of racing set the guys up well for some well-earned rounds of Croque Monsieur’s and a few croissants before a rocket fast delivery home. For anyone who loves high speeds and doesn’t mind being pummelled by cold water, it was an excellent way to finish a successful weekend. Now, a whole bank holiday Monday to catch up on some sleep.