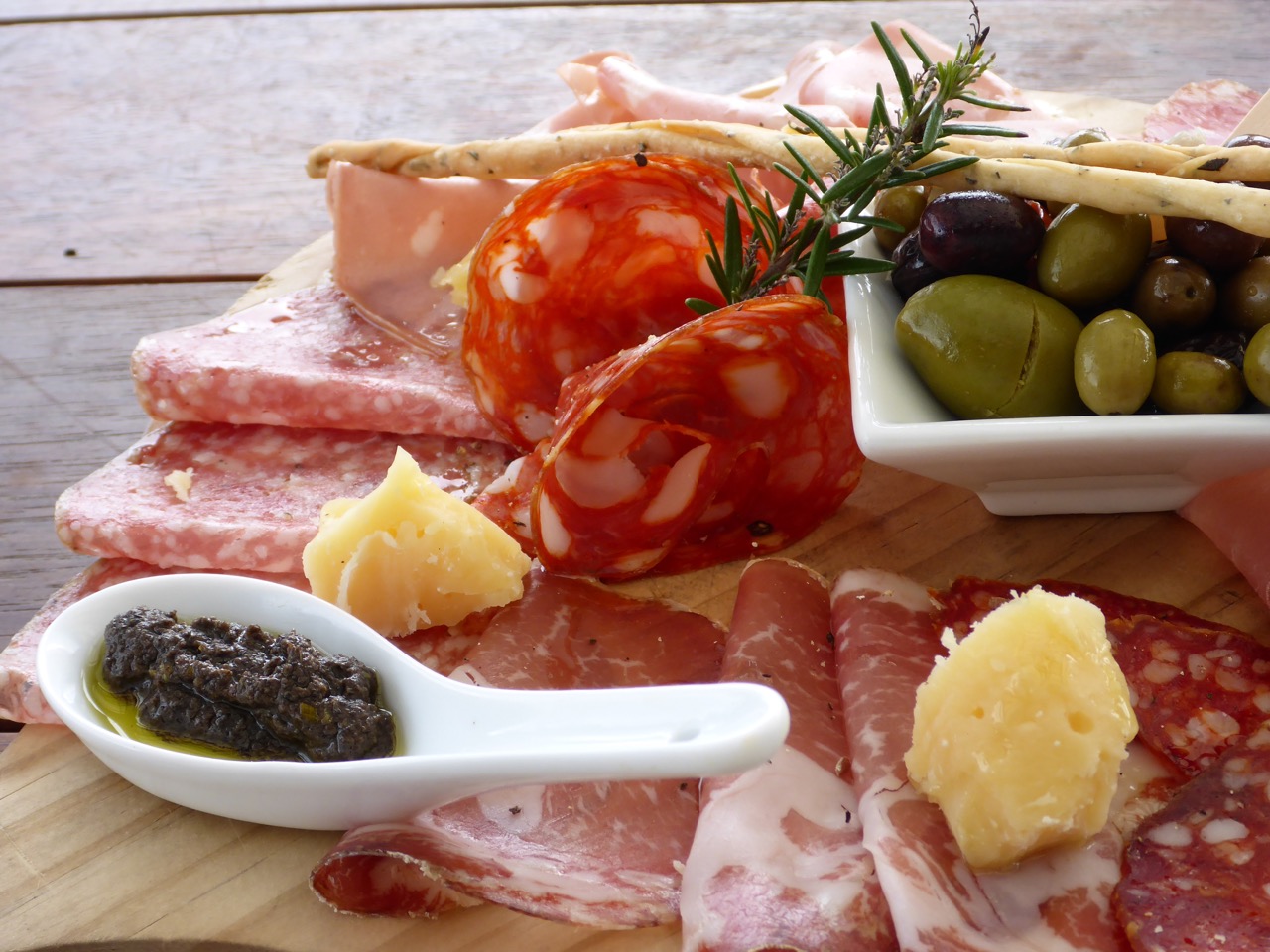 Much though I had been enjoying the food in New Zealand, I was still not that taken by their, “New World” style wines. The “Kiwi” approach to both Pinots’ and Chardonnays’ is a bit too full on for my “Burgundy centric palate”. So it fell to my broad shoulders to keep looking, tasting, trying to find something that worked for me. I mean someone has to do the “heavy lifting”?

Being Friday and my meetings behind me, I headed for Poderi Crisci. Reputedly, Waiheke’s top restaurant / winery.  It’s on one of the island’s hiking trails, but guests are more likely to arrive by helicopter than on foot. It was not to disappoint!

The setting is great – a rustic stone building, set above a quiet inlet, surrounded by it’s own vines and olive groves. The food lived up to its billing too. Great Affetato! Pappadelle with seafood and wild mushrooms. A Semifreddo, so attractive, I forgot to take my customary picture before demolishing it. But it was the wines that were the winners’ here! James Boyle, the manager, suggested I try something new. He produced a well balanced Merlot Reserve. Though not my usual tipple it went well with the ham and salamis. The white wine was a revelation. It was was made from the Arneis grape from the Piedmont area of Italy. I had never heard of it. Loosely translated I think it means  “little rascal. With pear, kiwi fruit and a little acidity, it went well with the rich seafood pasta. You can’t eat “Italian” unless you finish off with Grappa. At least I can’t!  Crisci’s home distilled version had “bits” floating in it and a strong alcohol thing going on. Definitely “Artisan’!  But it went down well, and I was told that next season, they were going to double filter the distillate to clear it up. What better excuse for a return visit?

Seeing my obvious satisfaction with his offerings, James recommended that I continued to try new grape varieties and  seek out new talented wine makers elsewhere on the island. Something I will definitely do next trip.

In fact, seeking out “new talent”‘ is very much what we are doing right now at Team Concise. With many of the original crew moving on – some to bigger boats, others taking up “proper jobs”, new guys and girls are getting the chance to train and the best race with us.

This last weekend saw both Concise 8 and Concise 2 in action in the 150 mile De Guingand Bowl / Cherbourg Race.  Young Jack Trigger, got his first outing on C8 as skipper,  coming home first in the Class 40 division. This puts the boat at the top of RORC’s leader board for this years best in Class Trophy. Philippa Hutton-Squire, only just back from successfully completing  the double handed, 1000 mile Normandy Channel Race, got to put the new women’s team through their paces for the first time in Concise  2 – their dedicated  “ride” for the 2015 season. The women got way from the guys at the start, which was fun to watch, but ended being just pipped by Partouche into 3rd place. A solid result for their first competitive event together.

As part of our programme, both Skippers will be completing post race critiques which will record our strengths and identify aspects where we can improve. This will all form part of a new “play book” intended to improve performance and leave a “legacy” for future crews.