Sailing with the BBC 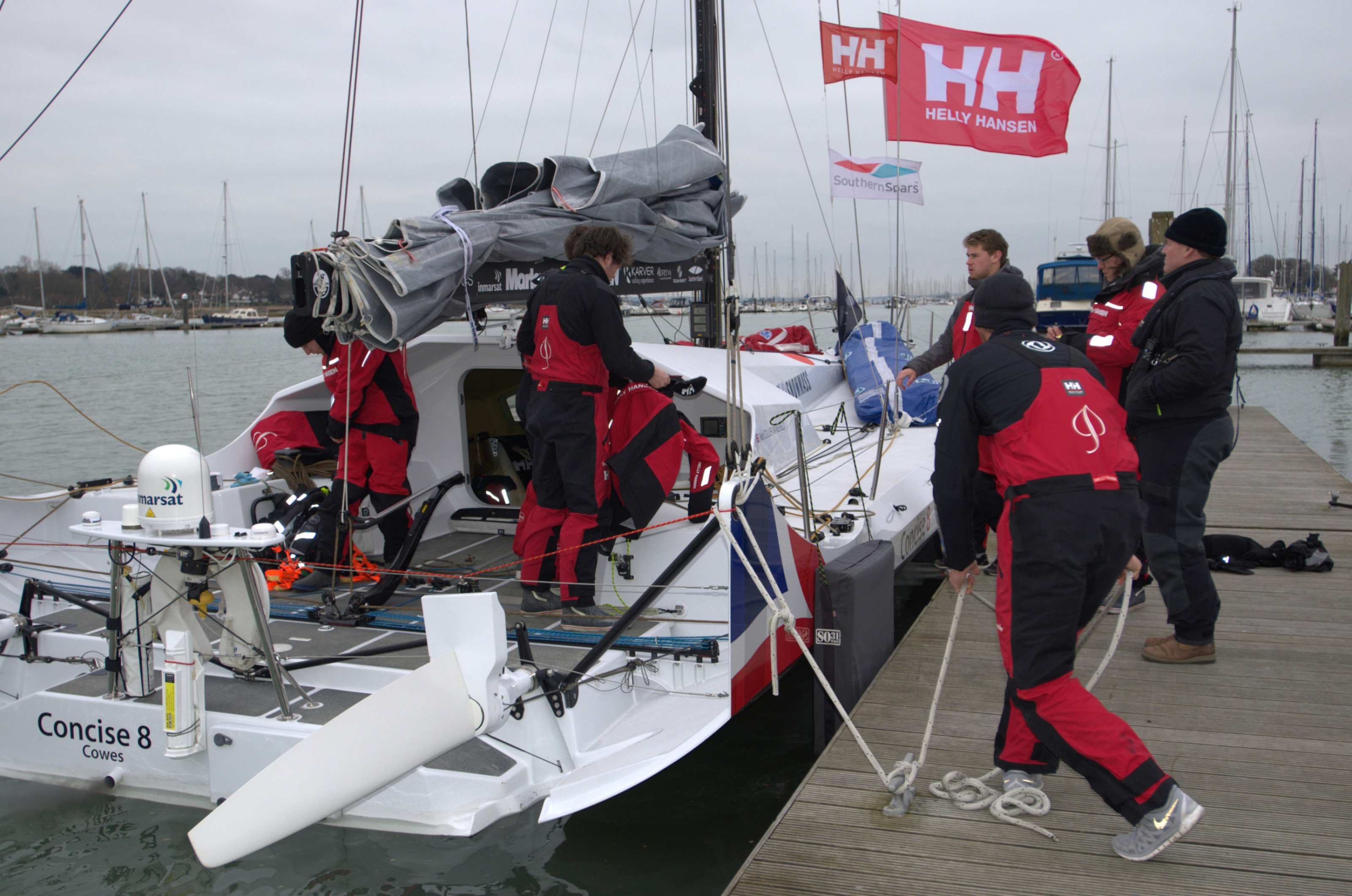 16 Feb Sailing with the BBC

When to stat your training program is always up for debate. It’s fair to say that February, given the temperature, isn’t high up on the list. However when a production team got in contact asking if we could take part in the BBC series ‘Channel Patrol’ it was a no brainer. Now in its second series, the program follows the lives of those whom make a living in the English Channel.

The filming was scheduled for the 10th/11th Feb, which gave a nice two-week window to put the boat back together and more importantly fit our new rudder system.

With the continued support of McConaghy Boats, we turned to Pure Design and Engineering to resolve the steering problem that has plagued us for 18 months. The new rudders arrived on time and with a huge effort from all involved the boat was back on the water ready for the trip.

The crossing to Cherbourg and back had everything from 0 – 25 knots of wind and temperatures of -20 with the wind chill. The boat went superbly and the BBC guys got some great footage.

The program is due to air in April, but we will give you more detail closer to the time.