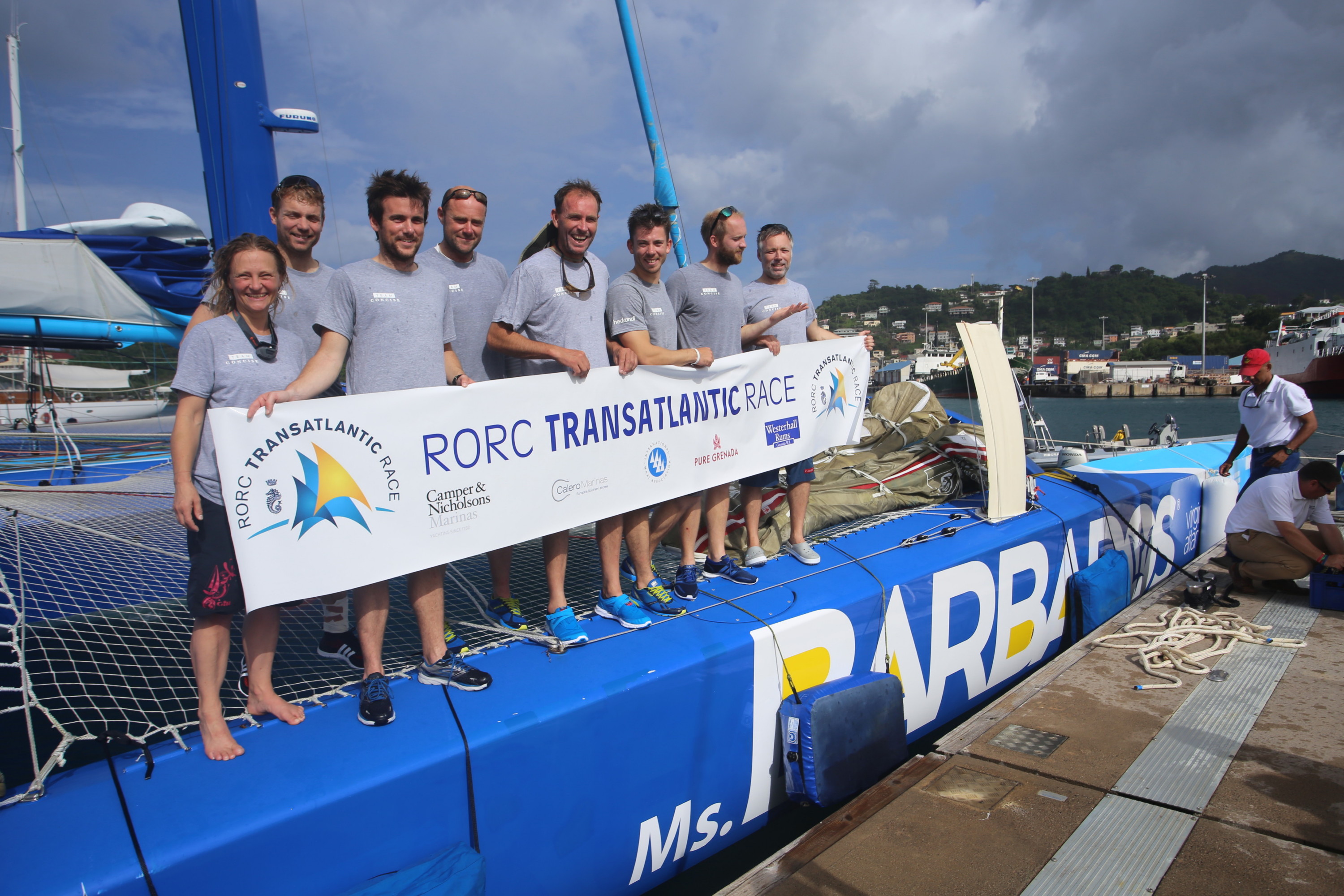 It was with much more than the usual pre-race nerves that Skipper Ned Collier Wakefield drove Team Concise’s MOD 70, Ms. Barbados at 27 knots towards the line for the start of the 2015 RORC Transatlantic Race off Puerto Calero, Lanzarote, Spain.

The teams two earlier attempts at “crossing the pond” had been brought to an abrupt end on both occasions’ when their specially commissioned, Ker designed, Class 40, “Concise 8” had badly let them down.

In the 2013 Transat Jacques Vabre Race, the boat had suffered catastrophic rudder problems leaving Ned and Sam Goodchild adrift and at risk in the Bay of Biscay. More recently in the 2015 edition of the race, Jack Bouttell got a serious scare when this time Concise 8’s hull failed and he had to nurse the damaged boat to Cross Haven, Ireland, fearing all along that it might sink under him.

The thought of any failure on Team Concise’s new boat, the twitchy, superfast MOD 70 racing trimaran, was just too much to contemplate. It was bearing on everyone’s mind. Hard earned reputations, even careers were at stake this time round. Not finishing this race was not an option!

Anyhow, when the starting line is fast approaching, good racers put all doubts behind them and focus on the job in hand.  Which is exactly what Ned did! As the gun went Ms. Barbados brilliantly “nailed” Phaedo, only to be rolled by their sister ship, and so the race was on as they headed for Grenada, West Indies and the finish off Grand Anse Beach. 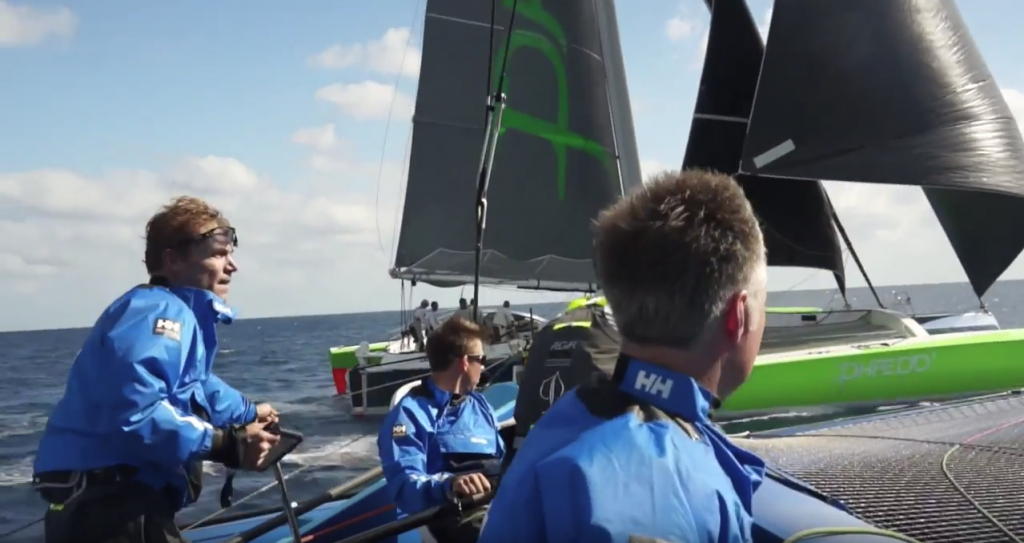 Team boss Tony Lawson was standing on Quarantine Point on the morning of December the 4th when the horn sounded and the RORC Race Committee announced, “Concise 10 you have crossed the finish line – time 6 days 00 hours 26 minutes and 44 seconds. Welcome to Grenada!

After 3535 nautical miles of racing across the Atlantic Ocean Concise 10/ Ms. Barbados came home in second place, just 1hour 40 minutes behind Phaedo. But more importantly, they had successfully finished the race without problems and could start to bury their gremlins. Reputations had been restored and despite the pain and ignominy piled on them by their “disastrous” Ker designed Class 40, Team Concise could get on with it’s mission of introducing as many young people as possible to offshore ocean racing – both for sport and as a potential career.

After a generous welcome by RORC, Grenada Government, Port Louis Management and well wishers the team headed straight for the showers and the marina’s swimming pool. On average each crew member had lost about 7 kilos in weight. All of them were suffering from scabs and rashes from being “sealed in” their drysuits in 90 degrees of heat for much of the race. So much for their dreams of “trade wind sailing” in shorts and tee shirts. Mind you, according to Tom Dawson, “Nothing that a couple of days of rays and serial rum punches won’t cure”.

A few beers later and in a more contemplative mood “Major Tom”, our valued ship’s doctor and helmsman commented, “It was relentless. It’s just all to do with, “six degrees ofseparation”. That is, you steer a course of say 300 degrees and you are doing 22knots – to slow. Steer 302 degrees and you are hitting 28 knots perfect, sweet . Steer 306 degrees and it’s “Oh bugger! I’ve justflipped the boat”.  The effort needed to stay focused on the digital compasses, “the numbers”, at night is mind numbing. I was amazed at just how black it was, on this trip. No moon to help us. Nada! As they would say in Lanzarote.  You are staring so hard you think your eyes are going to come out of their sockets. The tension physically hurts.” 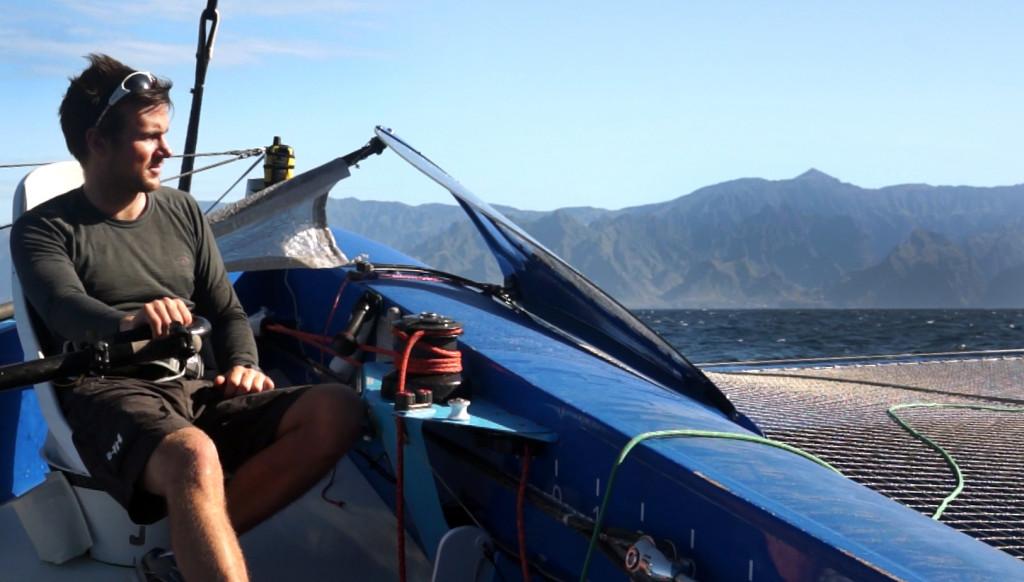 We will be filing a detailed race report later, but the team has already carried out an initial performance review.

With our extra sails and two additional crew on board we reckon we were 900 kilos heavier than Phaedo, and these boats are weight critical boats. That along with the new 3DI sails, Phaedo was sporting was enough to give our competitor that extra half-knot of speed she was showing from time to time. Ned says, “the boys are on it, we know exactly what to do!”

Whatever changes are made before our next outing, the Round Barbados Race in January, Team Concise will continue to give as many young sailors we can the chance to experience offshore racing. After all, that is what we are about. That’s our mission!