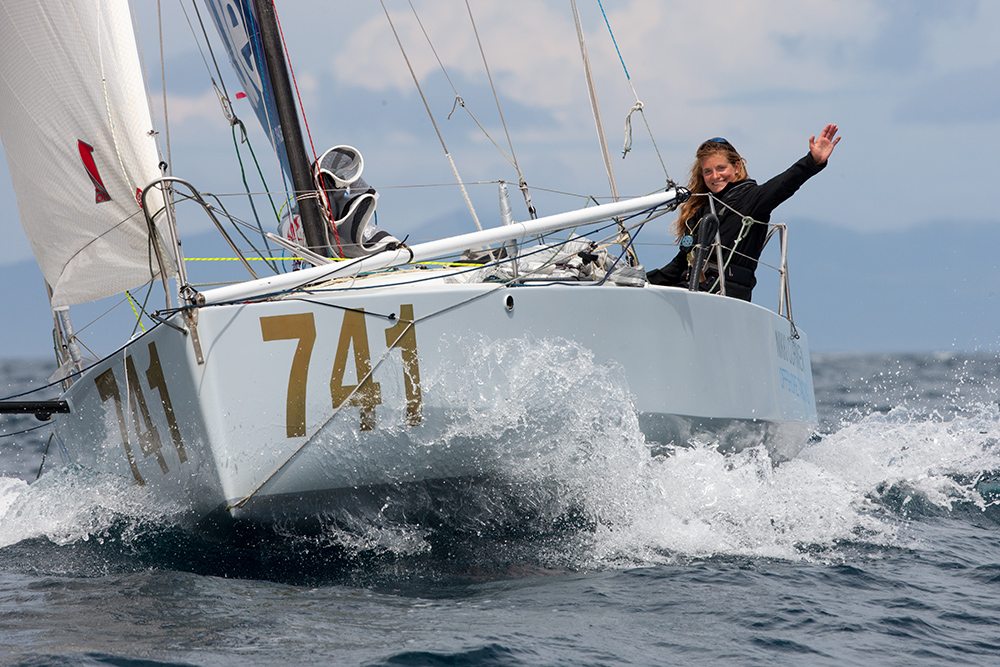 This September Nikki will competing in the Mini Transat, a solo race across the Atlantic in a 6.5m boat. With no communication allowed and only a basic GPS and paper charts for navigation, it’s back to basics.

Nikki already qualified and entered for the race is based in the Hamble alongside Team Concise, while preparing for the race season, starting in Brittany this April. With 5 shorter lead up races before the Transat itself, Nikki is looking to get as much practise and time on the water before she sets off on her big adventure across the Atlantic.

Team Concise have joined Nikki’s Team to help her reach her goals and get to the start of this iconic race. Which is considered to be the first stepping-stone into Solo Offshore Racing, taken by many famous sailors, including Ellen MacArthur, Brian Thompson and Sam Davies.

Nikki has been sailing all her life and has over 15,000 mile to her name, with her most recent trip taking her from Les Sables to the Azores and back again, solo in her Mini 6.50.

Nikki comments: “It’s great to be involved with Team Concise, while their help to my campaign is invaluable, they’ve also given me the opportunity to get involved and gain an insight on their Class 40 campaigns.”