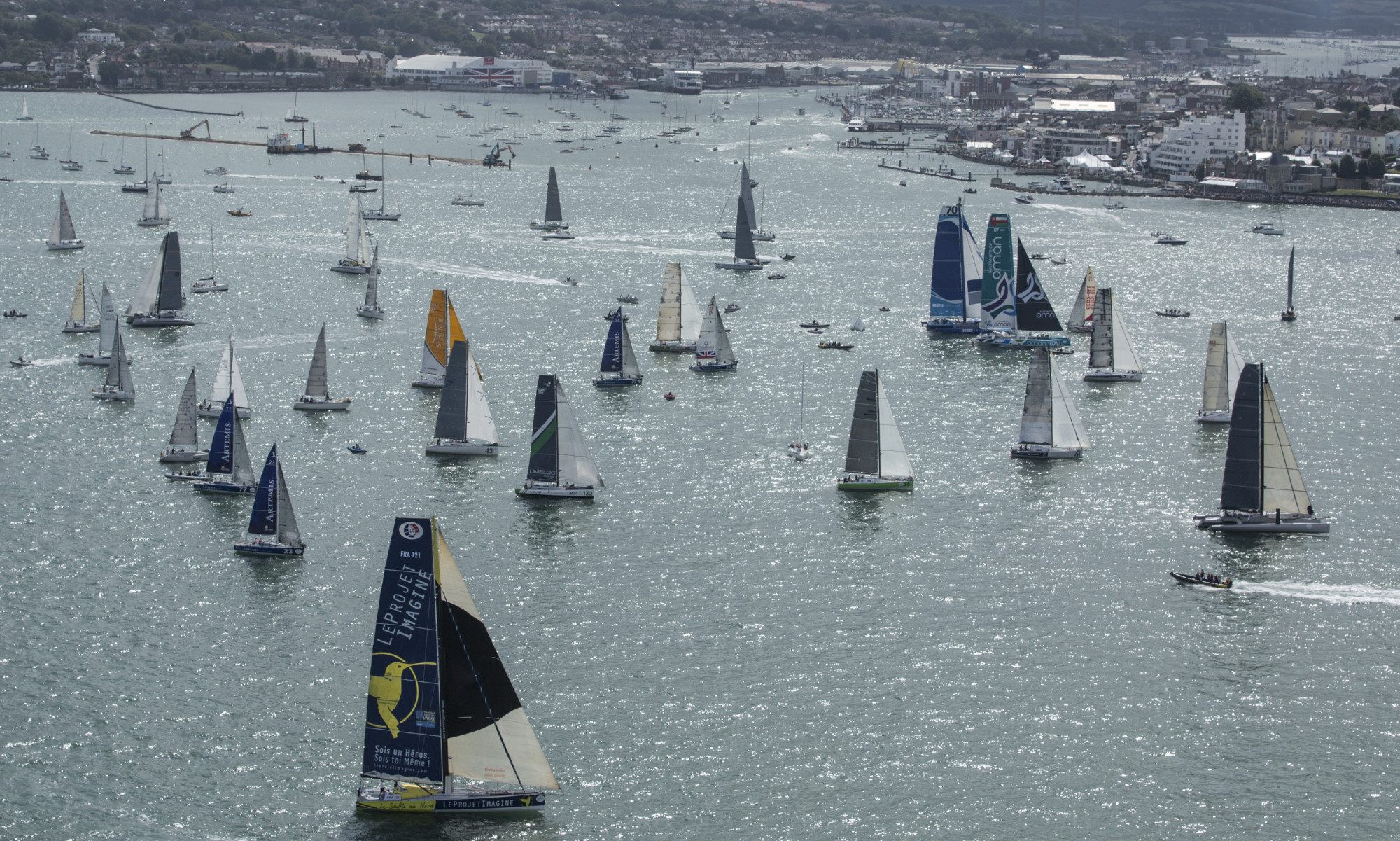 It was a tough start for Concise 10 in the iconic Rolex Fastnet Race.

More tide than wind saw her swept onto the inner marker buoy off the Royal Yacht Squadron and having to reround it or take a penalty. Hard enough for a large trimaran in any conditions, really hard when there was only a fleeting breeze. As a result the boys were spat out of the back of the fleet and had to play catch up. By the time they reached the Needles they had ground their way from 6th to 2nd but overnight they have dropped back again. 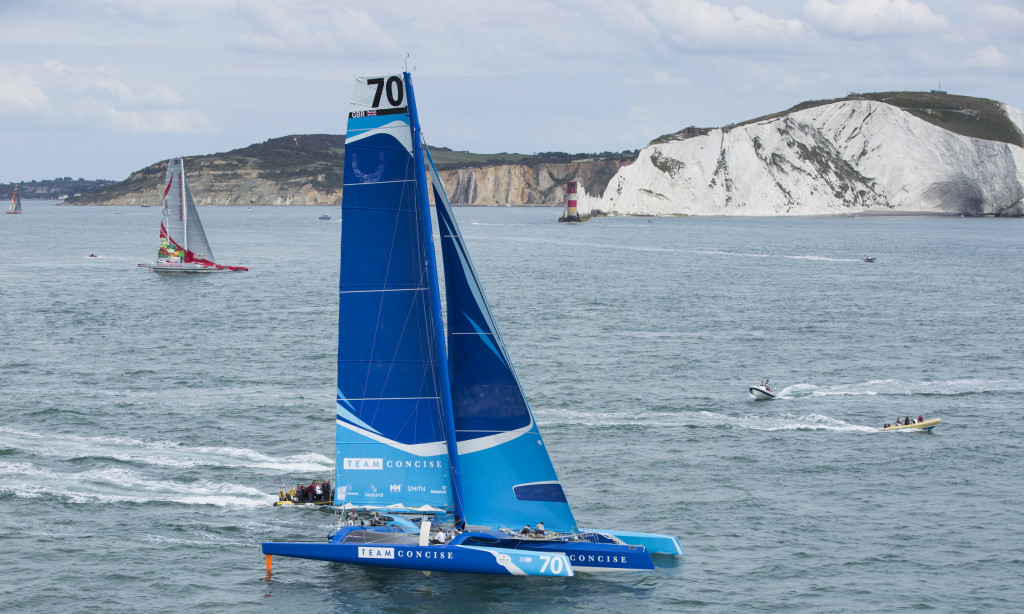 Talking on the sat phone this morning, Ned Collier Wakefield informed the shore crew that they were having difficulties finding the best mode in light airs. They had never actually raced in anything below 12 knots since the got the boat a few weeks ago so it was a bit of,” trial and error”.

Meanwhile, the boys on Concise 8, decided that discretion was best for the start of a 600 mile race. No doubt they were still a bit “chastened” after their last gung-ho start (when they grounded). This time they got away in the middle of the line and made hard work of it until a bit more breeze filled in when they steadily made their way through the fleet. They are currently off Lands End where they have about a two mile lead on the rest of the 21 boats in the Class 40. However, the weather has gone light again, and as is the case when you are out in front, and those behind can see you, you are prone to being sailed around if you get stuck in a hole. So they are going to have to be careful. 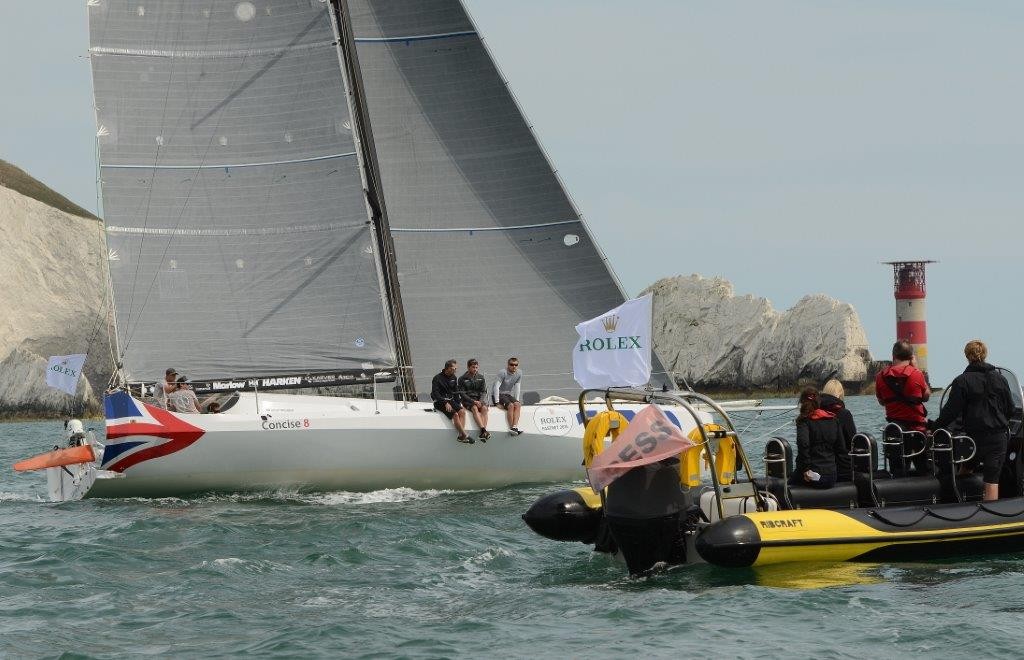 Meanwhile our ladies team on Concise 2 have been doing a grand job. They actually beat Concise 8 (a faster newer boat) out of the Solent and had been holding a good 5th place until they were caught out by the tided and separation zone (a prohibited area) in the middle of the night. They always said they wanted to finish in the top half and they are still on for that. 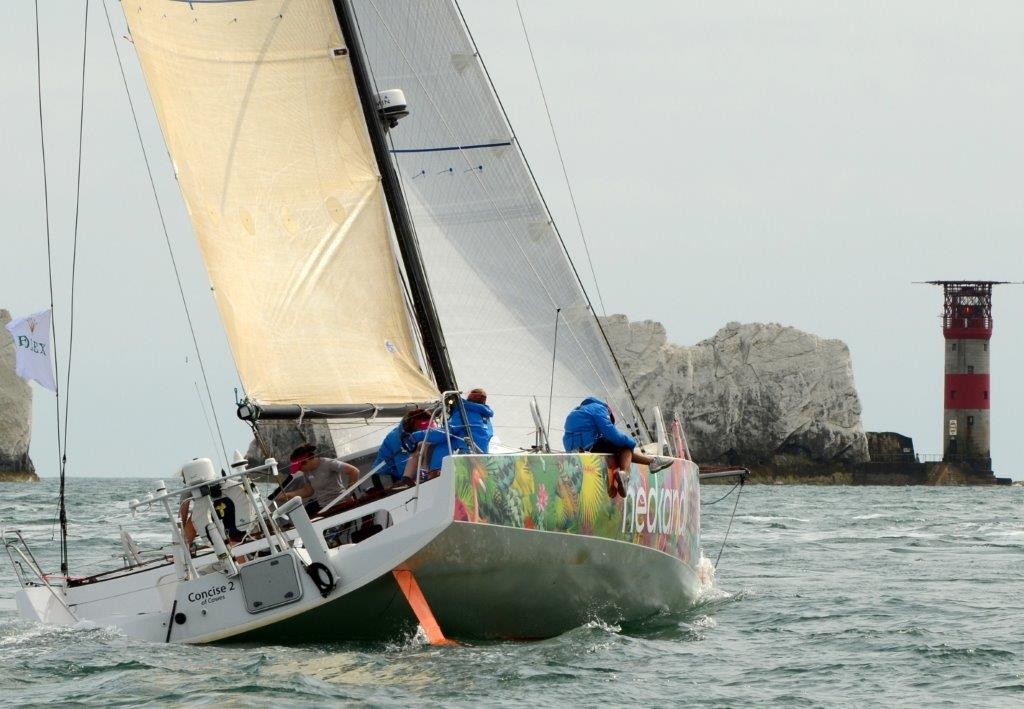