What you see is what you get! (More…) 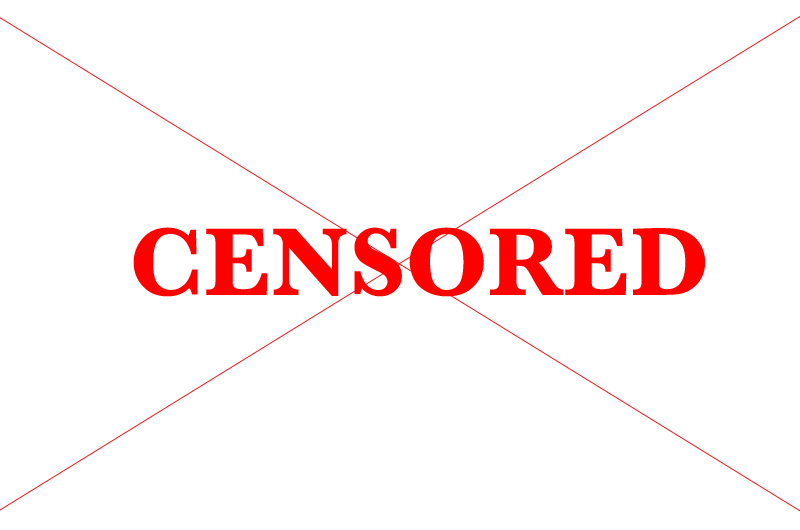 I had to go to China with my team a few years back. I was building Concise 8 there at the time. I crossed by ferry from Hong Kong to Zhuhai on the “mainland”. It was like going back decades, all a bit scruffy and crumbling at the edges. Unlike Hong Kong, very few people spoke English and we were having problems with our visas.

We were saved by a young immigration officer who was pulled out of the back office to “interpret”.  He took our passports.
“Ah!  You Ingish, you Ingish?  Eremy Harksan! You know Eremy Harksan?”
I hadn’t a clue what the guy was on about.
“Top Glear, Top Glear”.
Then of course the penny (or was it the Yuan) dropped.
Jeremy Clarkson and his iconic BBC motorsport program, “Top Gear”.
Since March 2015 the show had been viewed by 350 million people world wide. It was obviously big in China and our man was “Number On Flan”.

I guess the sun was peeking through the smog that day.
Indeed, shining on us!  Ned our skipper reached for his bag. He’d bought a glossy Top Gear magazine at London Heathrow. He handed it to our interpreter as a gift. The officer’s smile said it all. It was like he’d won the Lotto.  We were no longer “White Devils” to be given the run around, but honoured guests. I have never gone through Chinese Immigration as quick before, or unfortunately since.

Just a week or so ago I was at home in the U.K. when the phone rang.
It was my friend Patrick O’Hara, owner of the iconic Coral Reef Club in Barbados.
“Tony I have someone who wants to talk to you. Its Jeremy”.  I guess when you are as big as “Jeremy” you don’t need a surname? Jesus didn’t?  It was not Mr. Clarkson or Jeremy Clarkson – just Jeremy.

Any how it was, “Hi Tony, Patrick has just shown me the video of your boat.  How fast can it go – really?”
Trying to remain nonchalant, I told him “Well, I’ve been standing on the back drinking tea when we hit 42 knots!”
Jeremy asked, “Is it faster than Sir Ben Ainslie’s Americas Cup boat?”
I was enjoying this – I replied a bit churlishly “We are up there with him but we can race across oceans, Sir Ben races round ponds”.

I could tell he was impressed! “When can I see it? I want you in my show. I am doing something with Amazon Prime – this would be perfect”.
Of course what Patrick and Jeremy didn’t know was that the day before Ned had left our recently built Barbados winter base with Concise 10/ Ms. Barbados and headed to Antigua for the Royal Ocean Racing Clubs Caribbean 600 Race.  One of our favorite events (we have won their twice before) and we couldn’t let that go.

However, very quickly it was agreed that we would be written into Jeremy’s script. Concise 10 /Ms. Barbados would do the 600 mile RORC Race, cross the finish line and without stopping sail the 350 miles back to Barbados to meet the very tight shooting schedule.
It was a logistical nightmare for everyone involved, but as they say in Barbados when they want something done, “No big ting marn!”

While Ned was hammering around the race course (Antigua, Barbuda, St Kits Nevis, Saba, St Bart’s, Guadeloupe, Barbuda, Redonda back to Antigua) Virgin Atlantic got me onto one of their flights to Barbados and I was soon locked in meetings with the show’s Director and Producers’ working through a story line for the shoot.

It was a tough learning curve for the film crew. They readily admitted they were “petrol heads” used to filming cars not yachts. They wanted to know how controllable our boat was – how quick, slow, we could go. Where could we get chase boats for the film crew that could keep up with our trimaran. In fact, ours was the only one, so I was going to have to drive myself. In all of this you have to  remember, with their “crew” of 30 people and our crew of 10 there were a lots of mouths to feed and we couldn’t afford any delays or screw ups.

Of course, half the World knows that Jeremy Clarkson was infamously fired from the uber politically correct BBC for allegedly “having a swing” at one of his producers. Many people have an opinion as to whether that was right or wrong.  Both the swing and the subsequent firing that is. However, there aren’t many of them with an insight into the working of an outside film shoot and as such there is little or no context for them to come up with what you might call an “informed opinion”.

At least for my part, having been on location with Clarkson, Hammond and May (C H & M) and personally having experienced a shoot, I think I have a bit of an idea as to what can happen.

Let’s get it straight – there’s isn’t any good reason for planting a punch on someone, (if that’s what took place). But having seen these guys at work and what they go through, then in certain circumstances I’m afraid “loosing it” is quite understandable, should be expected and even planned for?

I am not going to tell you what happen to us “on set”. That would spoil the excitement and anyhow I promised CH&M I wouldn’t.
You and millions more will see it on Amazon Prime.
You will just have to be patient!

What I can talk about is what happened off the set.
After the first day’s shooting Concise’s crew, exhausted from the race, the trip down from Antigua and then the numerous high speed runs’, were invited to Mullins Beach Bar for a drink. Jeremy, Richard and James were still doing a closing shot, when we got there. Once a “wrap” was called for the day, CH&M  joined our boys for a chat. They were generous in their praise of Ned’s driving. Spent time talking to each member of the crew and seemed to genuinely appreciate the trouble we had made to  meet the schedule.

It was like they were “type cast”. What you saw on “Top Gear” is what you get in real life.  Clarkson was the lumpen, disheveled, loud, opinionated leader of the pack. Don’t talk to him about cigarettes. He is an unapologetic smoker.  If you want to curry favour, carry a lighter. His never seems to work or he’s lost it.
And he’ll tell you, “I don’t like marine biology or marine biologist either. Especially, if they went to University somewhere like Brighton or Bournemouth. Party towns! Not serious! If you can be serious about marine biology that is.”  But he was charming all the same! Happy each time to have a selfie taken with the many tourists who interrupted us. Two selfies with Helga, the stunning Russian blond who only wanted to meet, “the most famous one”, Clarkson.

James May was soon in deep discussion with with John and Jack our youngest crew member’s.  Jack had read engineering at Oxford, and May seemed genuinely pleased to have the level of talk elevated above norm of sex beer and “rock and roll”. He came over to me and with apparent delight declared “I’ve just had a great talk with the boys. Everything from beam deflection to righting moments’ and core sheer. Really interesting, fascinating!”

Richard Hammond?  Well, all I can say was that he was his diminutive (by comparison with the 6 foot 8 Clarkson), relaxed, charming self. Clearly happy in his role as Jeremy’s foil.  To a man he and the rest of trio were self depreciating. Even reveling in the fact that, “After all of these year, we (they) are still getting away with it”. That is still employed and admired, despite what they perceived to be their only modest talents?

You may ask yourself then why there could be such a divergence of opinion, controversy even,  when it comes to Clarkson and his character?  A lout, walloping lesser mortals to some. Charming, amusing, considerate to others – ourselves included.  I can only guess, but I put it down in part at least to “context”. What goes on around him in his firmament?

I am sure a lot of people think what Clarkson does for a living is like the line from the pop song, “Money for nothing and the chicks are free”. But then they haven’t witnessed first hand what he actually does .

Over the two days I was out there on the ocean with these guys they spent long hours alternatively laying it on the line or bored senseless in scorching sun while one shot after another was worked out. It certainly wasn’t glamourous. It was definitely dangerous. Really hard graft of its kind with very little comfort.

As I have said, I don’t want to give the plot away.  But I watched Jeremy Clarkson “perform” at close hand. Doing take after take. Driving his jet ski at bone crushing speeds. Literally risking his life. Doggedly determined to, “get it spot on for the show”.

When he came alongside my chase boat, “for a breather and a ciggy” the director told him he’d have to give it one more go as the camera angle wasn’t quite right. What was Clarkson’s response? To wallop the camera man?  No! He stubbed out his cigarette, turned around and said only half joking, “Listen, my backs killing me, I’ve crushed my balls, but sure, lets go. Come on guys – one more time”. And off he shot again at 40 knots.

What I am saying is, in my experience he is prepared to put himself out, expose himself to danger over and over again and not complain. And he is no spring chicken? If he did snap and actually wallop someone then I want know the context because it would not have come easy. It must have been something a “bit special” to make him flip and my vote stays with him.

He is supposed to be “difficult”. Actually, I could only describe CH&M as all being pretty relaxed – natural. Their crew gave some pointers here.  They said that the shoot for this program was free from much of the bureaucracy, red tape and over kill H&S and P.C that was so pervasive in the BBC. Now their own masters Clarkson and Co could be could much more fluid and the trio could  react more easily to  circumstances and opportunities as they arose. Just as they had when they wrote Team Concise into the script. Seemly that would never have happened with the “Beeb”.

The crew thought that this new gig was a much better artistic and working environment, (particularly for the profoundly non-politically correct Clarkson) and they were all thriving.  Actually enjoying not having to dance to “Aunties” tune.

What you see now, in my opinion at least, is Clarkson, May and Hammond in a better place, freed of rigmarole and able to be themselves.  And what exactly is that?  Well, definitely loud (Clarkson) opinionated, (Clarkson) chain-smoking, (Clarkson) totally none P.C (all of them). But at the same time, up far a laugh, self depreciating, conscientious, and obviously determined to do well by their millions of fans. What you see now is what they are.

PS. I happen to have met Chris Evans (Clarkson’s replacement on Top Gear) on quite a few occasions.  He kindly DJ’d at a private party I put on. Chris is a very sharp, amusing, clever operator who in addition does wonders for his various charities –  £ millions every year.  I have a feeling there is going to be competition between the vanquished (Clarkson) and Evans his successor.  Time will tell who comes out top, but its going to give us lots more great TV.   Vroom! Vroom!
Tony Lawson