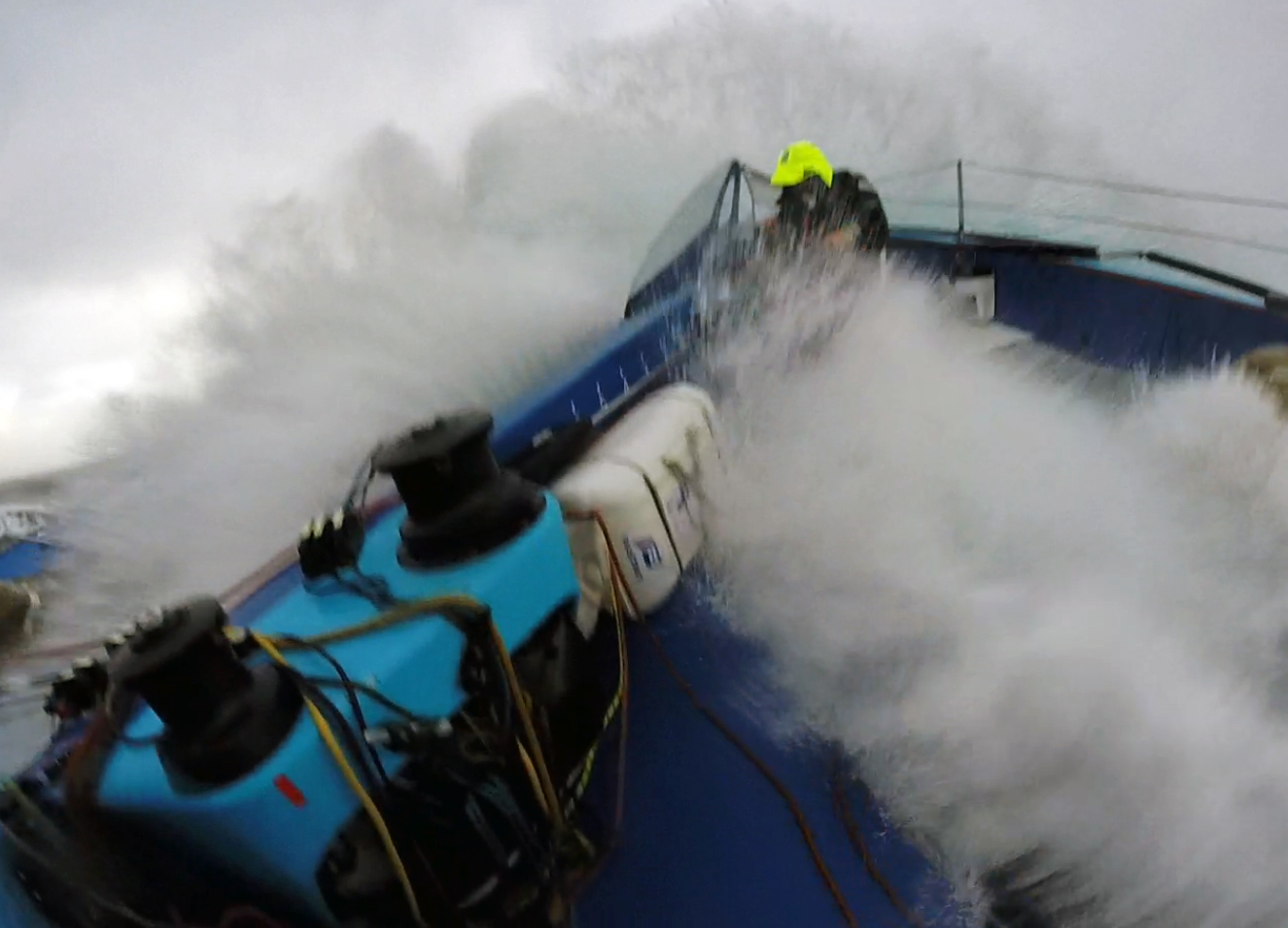 Posted at 20:35h in Musing's by Ned Collier Wakefield 0 Comments
0 Likes
Share
Long distance runners subject themselves to hours of lung burning high altitude training. Jockeys starve to make their weight. Tennis players suffer mental torture as they battle it out on court – gladiatorial style. You can see it – the mental ticks. You hear them screaming – cursing the linesmen, their mothers, God.

Of course, for some top sports people the adulation and financial rewards are huge. Yet offshore yacht racers suffer all of the pain, anguish and more with few financial rewards and often little acknowledgement. You have to ask yourself, “Why do they do it ? ”

The crew on Team Concise / Ms Barbados were certainly asking a few questions when they delivered our MOD 70 trimaran from its Hamble base to the Canary Islands for the start of the Royal Ocean Racing Club’s Transatlantic Race. It kicks off tomorrow from Arrecife (Lanzarote) heading for the finish in, Grenada, West Indies. Just a small matter of some 2800 miles as the pigeon flies

Befitting the conditions, at one time or another nearly all of the crew went down with “Mal de Mer”. It was as they say – a bit ugly, Tom Smedley our ships doctor, commented. Paul Larsen, the “fastest sailor in the World”, was sea sick for the first time in his illustrious career. All in all, not nice! 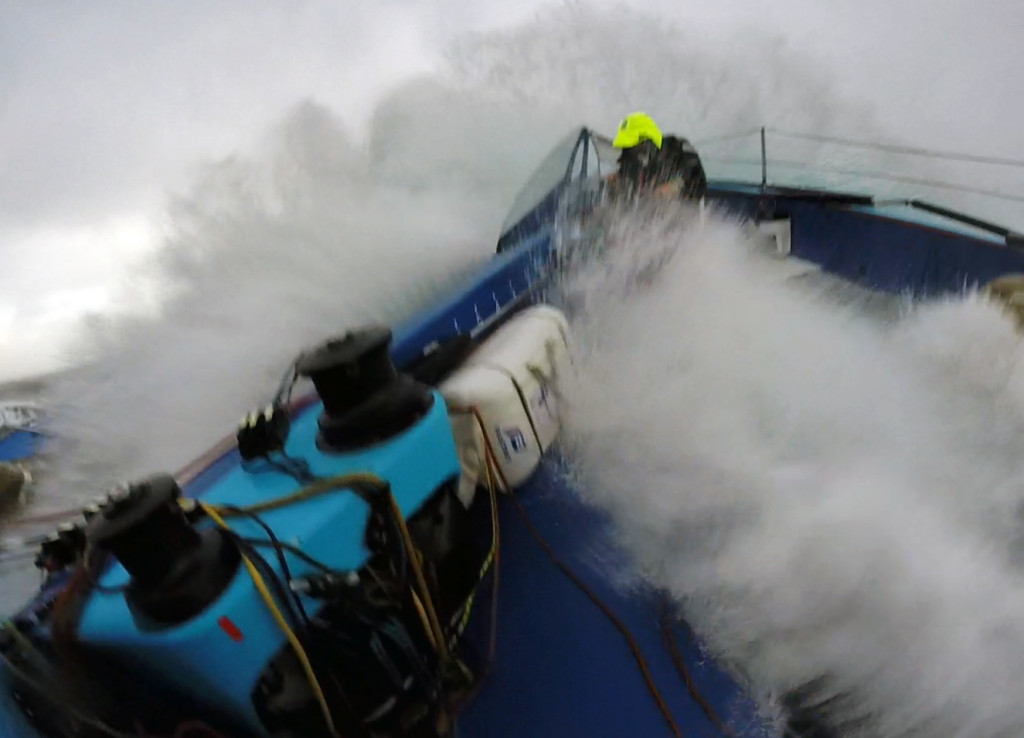 I called the boat on the satellite phone to see how they were getting on. I rather naively asked Ned what sails he had up. He responded bleakly, “Tony, we are running bare.” Looking at the boat’s speed on my personal tracker I could see they were doing 15 knots. That was with no sails up, just being driven along by the wind on the rig and with little real control. Fortunately, the storm was blowing where the boat was headed for so it was just a matter of, “hang on and sort of enjoy the ride.”

And then of course the break through comes. The wind drops, the waves die down, the sun comes up and you are sailing again. Playing catch up. Catch up on a bit of sleep – catch up on some nourishment. Getting your head back together! Enjoying the sheer thrill of sailing at 30 knots as you head south and the sun gets warmer.

Off course it’s an ill wind that blows no good. Ned feels that having braved the storm and seen what the boat could take, the whole team were more confident in Concise 10 and each other.  The camaraderie on board is evident.

The team made it to the Canaries in a little over 4 days. Just in time for a quick shower and a welcome pint before the Gala Dinner laid on by RORC.

The formal crew photos, taken at the time say it all. The guys are in just racing pants and tee-shirts – all they had. The rest of their kit, shore clothes the lot, had already been shipped to the finish. Sacrificed in a last effort to save weight, go faster. Ned even admitted he was “going Commando,” having just washed his only pair of pants in the hotel sink. There are few luxuries in this game. 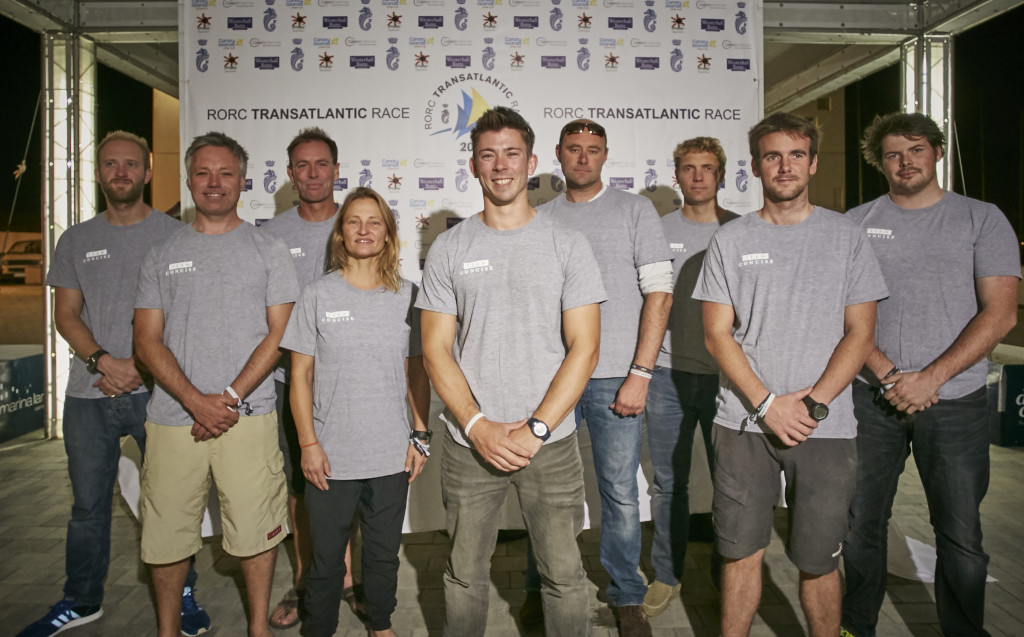 You can get a taste of life on board the boat watching the video we managed to “snatch and patch” on the way down. Seeing Tom Dawson laid low in his bunk, reaching for the “bucket” was a first for me. He’s normally right at the middle things, keeping everyone else “up”. You will be pleased to know that Barry, our stowaway pigeon, survived and flew off safely on arrival in Arrecife.

You can follow the race by going to our homepage and scrolling down to the RORC Race Tracker, where you can follow the boats as they race across the Atlantic in real time. Be warned tracking can be addictive.