Worth His Weight in Rum (More…) 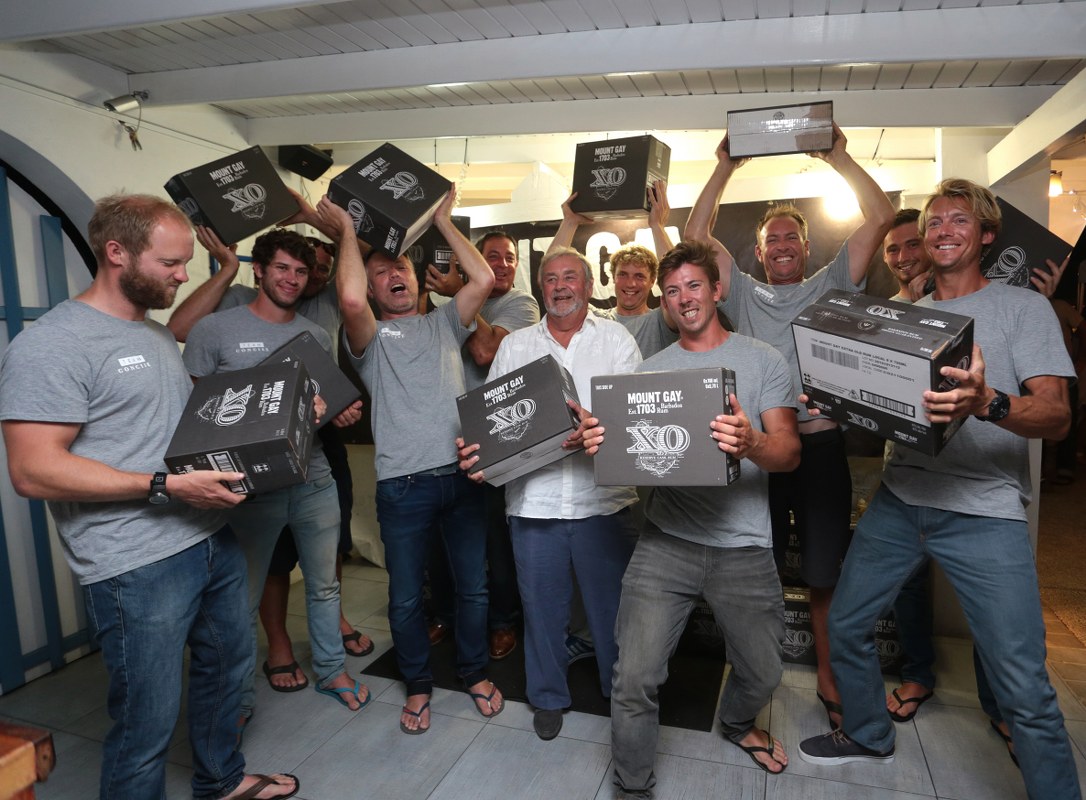 Ned Collier Wakefield the young captain of Concise 10 / Ms. Barbados picked up his weight in rum as his prize for winning the Grand Prix Multi Hull event and smashing the all time course record in this weeks Mount Gay Rum Round Barbados Race.

With Ned weighing in at 87.7kg, it meant his crew got to carry off  9 cases of Mount Gay XO Rum – which just happens to be their favorite tipple. At the Prize Awards Dinner Ned told the press corps, “I should have got weighed before the start of the Transatlantic Race. I lost 4 Kilos over those 3000 fast and furious miles and despite some good solid meals and lots of flying fish cutters here, I haven’t been able to put it back on.  We have trained hard since we got here for the Round Island Race.  I’ve been burning calories big-time every day”. 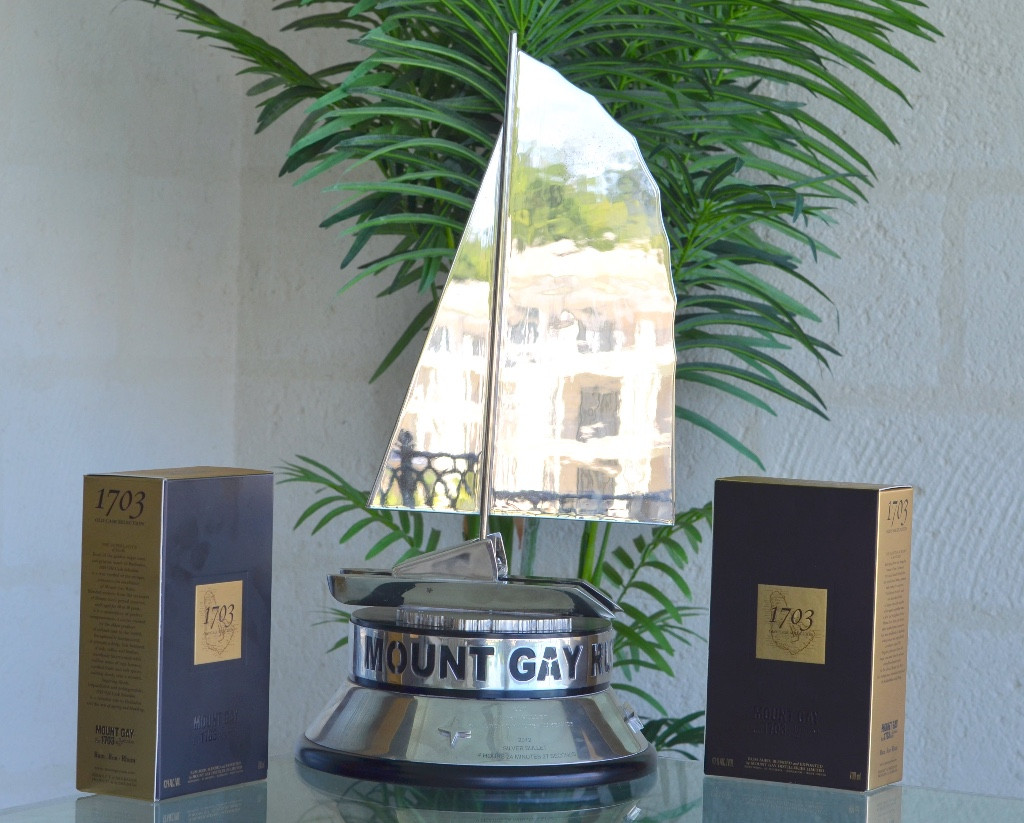 When the gun went for the start of the race Concise was definitely the underdog. Phaedo had a years’ more experience on their “machine” and some new super light raw carbon sails to give them the edge. It was probably those days hard training that Team Concise put in made that difference on the day and got them the result that they wanted so much.

Making a rare appearance onstage with his team Tony Lawson told the huge audience, “Team Concise has won World Championships, broke lots of records, but this was the one I wanted so bad. Not for the team, but for the whole of Barbados the place love and is like a second home to me. And we did it!”
He went on to say, “You can’t have a one horse race. We wouldn’t have smashed that record if we hadn’t been pushed to the limit, to the extreme, by our sister ship Phaedo and I must thank them for rocking up”. Finally he commented,
“What you saw out there today was Grand Prix racing of the highest caliber. I don’t think our record will be broken for sometime. To do it, the next lot, like us, will have to lay it all on the line and then go some more”.

Team Concise /Ms. Barbados finished the 65 mile race with an elapsed time of
2 hours 37 minutes 38 seconds, beating Phaedo over the line by 12 seconds.